They Know What You Did 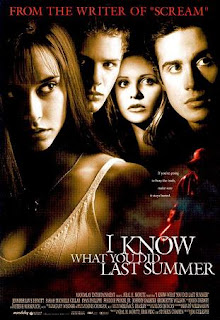 You'll remember the Louisiana Science Education Act and the terrible place it put the state's Board of Elementary and Secondary Education.

Despite the fact that the law has been on the books for almost two years, things on the creationism front in Louisiana have been quiet. The natives are, however, getting restless, as shown by this Letter to the Editor, "Being lukewarm on the question of man's origin" in the Shreveport Times:

Man was either purposefully designed or he was not. One is accurate. The other is false. Our nation is divided on that question.

... Our biology teachers, whom we pay and direct, routinely make liars out of our preachers and rabbis who believe and teach that man was purposefully designed by God.

Our legislature passed and our governor signed into law the Louisiana Science Education Act, which permits an objective critique of evolution theory as it relates to man's origin. It authorizes the use of texts or teaching aids that question the evidence supporting that view and introducing material that supports the alternative view, e.g. that man was purposefully designed. The law's apparent purpose is to change what is being taught in our public schools re: man's origin (and purpose). The intent is to expose the children to both sides of this two-sided question.

But, of course, the Louisiana Family Forum and the Discoveryless Institute swore up and down that the law wouldn't inject religion into science classes ... until, of course, the BESE actually tried to implement guidelines to insure that, at which point they had a cow.

So, the reality-based community already knew that this supposedly non-creationist legislation was a lie perpetrated by people who, as Judge Jones noted, "so staunchly and proudly touted their religious convictions in public, [but who] time and again lie to cover their tracks and disguise [their] real purpose ..."
The good news is that, if the letter writer is correct, it is the local school boards who are avoiding stepping on their ying-yangs, perhaps learning from the example of Dover and the marine rodent propensities of the DI.

But the locals are happy to confirm that everybody believes that the LFF and the DI are liars.

Via The Sensuous Curmudgeon
.

Comments:
Good news. Hopefully, that will continue, but it does seem that creationists are quite capable of organizing at the school board level.

Fortunately, the latest group is no more competent at organizing at the school board level than the folks in Dover were.