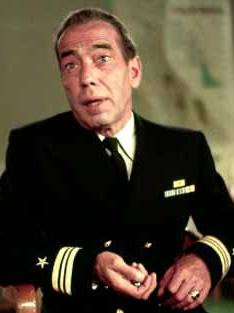 Orly Taitz is at it again.

You'll remember when we last left the intrepid Taz, she had proved beyond the shadow of a doubt and with geometric logic that a duplicate key to the wardroom icebox ... err ... that Justice Thomas had never seen her petition for an emergency stay of the sanctions imposed on her for frivolous conduct in a Federal District Court in Georgia and that, instead, someone was manipulating the Supreme Court's computers and dockets to prevent The TruthTM about President Obama from coming out.

The Taz posted at her website a motion she supposedly filed addressed to Chief Justice Roberts requesting that she be allowed to have a forensic document expert examine the order denying the stay to confirm it was signed by Justice Thomas and a computer security expert examine the Court's computers to see who was entering these bogus orders and deleting various applications. Strangely, that motion does not appear on the docket of her case (AHA! Another conspiracy!).

In any event, the docket shows she resubmitted her motion for a stay of the sanctions to Justice Alito, who referred it to the full Court (no doubt figuring he shouldn't hog all the humor), which promptly denied the stay.

So what did the indefatigable Taz do then? Why, she filed a motion to reconsider the denial of the stay based on the fact that ... wait for it ... the President released a video of his passport that constitutes:

... newly discovered evidence of fraud on this honorable court, forgery of passport records, uttering, obstruction of justice, committed by Barack Hussein Obama, aka Barry Soetoro, aka Barry Soebarkah, President of the United States (hereinafter Obama) in order to improperly influence this Honorable court in it’s August 16, 2010 decision on application for stay and reversal of $20,000 sanctions against a political dissident attorney Dr. Orly Taitz, as a punishment for her representation of members of the US military, questioning legitimacy of Barack Obama for the position of the President and Commander-in-Chief.

I'll leave you to sort out the geometric logic that shows that the passport is a fraud (I'd try but I don't have that much aspirin at hand) but it is interesting to contemplate just what The Taz thinks is the connection between this video and the sanctions against her. Even if we somehow live in a universe with such a colossal sense of humor that it could permit her to be right about the President, that would not change the frivolousness of her conduct in the district court. It's no defense to past frivolous conduct that your case ultimately proves to be true.

Perhaps Taz thinks the justices are all sitting around spending the day scanning YouTube for reasons to deny her applications. That would fit her delusions, given how she is now comparing herself to, of all people, Nelson Mandela. Of course, if that was the case, it wouldn't make much sense to ask them to reconsider. Better she should just stick with that appeal to "an international court of Human Rights."

The only question is how long will it be before the Supremes get tired of her antics and start imposing their own sanctions.

Via Ed Brayton at Dispatches From the Culture Wars
.
Link - Posted by John Pieret @ 4:25 PM

Comments:
Orly from Moldova is also trying to raise the cast to pay for her $20K fine, +fines for lateness.

And she also accuses bogus Prez Soebarkah of trying to get her bar license revoked, causing her plenty of anguish.

She joins a dozen of GOP representatives and wingnuts that count on the generosity of Conservative donors to cover their legal expenses, and to wipe away their various ethic lapses.

Watch her hands in the next interview. If she's fiddling with steel ball-bearings she's about to crack.

I wonder what are the chances of her being declared a vexatious litigant at some point?

I wonder what are the chances of her being declared a vexatious litigant at some point?

Fairly high, I suspect, especially if she keeps it up with the Supremes. She can move around the country filing suits in different districts for a long time and just getting sanctioned locally (though even that will catch up with her after a while). But messing with the Supremes attracts a lot of attention. Her state bar (California, I think) will be among the most interested.

to get material possession you should secure yourself and/or
your integral operation. You condition to modify colouring material to
your floor covering. Hiring a modified broker or attendant.