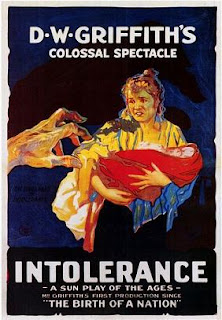 Orac -- rightly, I think -- took the Center For Inquiry to task for the same sort of demonization of those who they disagree with that we have come to expect from the BeckLimbaughPalinistas.

While the president of CFI, Ron Lindsay, who already had a messy falling out with Paul Kurtz, the founder of CFI, has apparently realized that the original release was a mistake, Orac does not seem placated.

Russell Blackford was also appalled by the CFI's first statement but thinks it got it right the second time around.

Larry Moran, who might seem unlikely to disagree with CFI at all, thinks the original statement was wrong but the second is:

... better but it's still silly. I look forward to a time when nobody wants to built houses of worship but until that time they are free to build them wherever they want, as far as I'm concerned. The "revised" (i.e. backpedeling) statement is better but it still sounds like CFI USA is against building of houses or worship when they should be advocating rationality and skepticism.

Ultimately, if you value "tolerance" as a social value, you must be willing to extend tolerance to those you disagree with. There is, of course, no "bright line" distinction between "criticism" and "intolerance." But one thing is sure: those who will lump all people included within such amorphous categories as "religious" ... or, for that matter, "godless" ... are, most likely, on the wrong side of the line.
.
Link - Posted by John Pieret @ 12:01 AM

In order to tolerate something, it has to bother you in the first place.