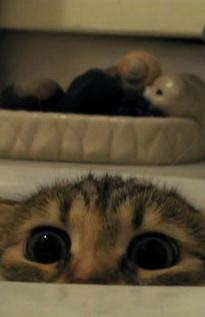 ... is on full display in "Why Islam is Fine and Christianity is Not" by Gina Miller at Dakota Voice, a kind of rural WingNutDaily. It's depressingly familiar:

For so long I keep hearing people ask why are Christians so maligned and hated? And why are Islamists suddenly getting all this religious freedom support from the American left that doesn't give a rip about freedom of religion for Christians?

Maligned and hated? More than Muslims? What America is she living in?

The "basis" for this (other than her belief that the left is part of "the forces of hell under Satan") is:

Evidence of this truth is clearly seen everywhere we look. Christians and Christianity are under a constant assault and always have been, whether it's the ACLU in their crusade to purge any sign or hint of Christianity from the public square , or the murdering of Christians around the world by practitioners of the "religion of peace," or even the snide, slanderous and libelous portrayal of Christians by the media, Hollywood and academia. ...

It is those on the left who are such ardent supporters of the Ground Zero mosque. They are screaming that those of us who oppose it want to deny the Islamists their freedom of religion to build the mosque; that's a lie, and we know it. Those same leftists are the ones who scream for all evidence of the God of Christians to be removed from their sight and for his followers to never utter a prayer in the name of Jesus within their hearing. The split personality of these people is amazing to behold! But it makes perfect sense when you consider the spirit forces behind them. In their thinking, Islam is good, but Christianity is not.

Riiight! With a mere 300,000+ Christian churches in the US, they are really out of sight. Of course, the "public squares" they want access to are not the ones that already have a church on them nearly universally, it is the government they want to have uttering prayers ... but only Christian prayers.

It doesn't take the media, Hollywood and academia to make these people look bad.
.
Link - Posted by John Pieret @ 4:10 PM

well the comment is bigger than the post...
Cristhian with paranoia
und Kristus is dead alive
kristus zombie

That's not the reason I deleted it. It's spam ... and a particularly mindless sort at that.

You know, John, your 'Spot the Loonie' quizes are getting too easy. This one, like so many, well exemplifies a phrase of Spike Milligan's (paraphrased). 'out of her tiny mind with bullshit'.

"Yes, the long war on Christianity. I pray that one day we may live in an America where Christians can worship freely! In broad daylight! Openly wearing the symbols of their religion…, perhaps around their necks? And maybe — dare I dream it? — maybe one day there can be an openly Christian President. Or, perhaps, 43 of them. Consecutively."

"This post has been removed by a blog administrator."

Yes. And I wonder if he'll be able to figure out what onomatopeia is.

Hello there,
Would you mind if I share your blog with my zynga group?
There's a lot of people that I think would really enjoy your content. Please let me know. Thank you

﻿Hey!
This is my first visit to your blog! We are a team of research volunteers and starting a new
project in a community in the same niche. Your blog provided us valuable information to
work on. You have done a extraordinary job!


Feel free to surf to my webpage ... Golf Putting