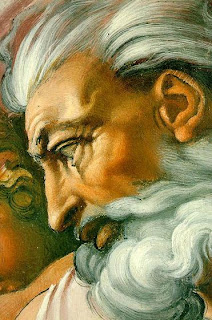 A little justifiable fear, though precious little more intelligence, has overtaken the Livingston Parish School Board. According to this story, "Livingston School Board: No creationism this year," in the Baton Rouge Advocate (Published: Aug 1, 2010 - Page: 1B) the board has decided not to "rush into" teaching creationism, as was previously reported:

Livingston Parish School Board President Keith Martin, who acknowledges that the parish school system faces major financial challenges, said the cost of litigation does have to be taken into consideration.

"A lawsuit is something you always have to factor in because of finances of the board," Martin said.

The question of teaching creationism was sent to a staff committee, which is not expected to report before the beginning of this school year, but should report in time for the board to do whatever it needs to do for next year, he said.

"We have decided not to try to hurry up and rush something in for this year," Martin said.

Not all the board members have gotten the message about "pulling a Buckingham":

David Tate, the School Board member who brought up the matter at the board's last meeting, said he would rather not see litigation, but added that the board gets sued on other matters.

"We don't want litigation, but why not take a stand for Jesus and risk litigation," Tate said.

Don't worry. Keep talking and the litigation won't last long. The board president at least has an inkling of the problem:

Martin said that a number of years ago when the issue came up, he voted against teaching creationism, but not because he didn't want it to be taught.

He said he was concerned about whether teachers would try to introduce their own religious beliefs.

Why, yes! That's the problem ... you introducing your religious beliefs into public schools at taxpayer expense. But it hasn't really penetrated:

How the subject would be taught has been refined since then, he said.

In other words, "teach the controversy," "strengths and weaknesses" and all the other subterfuges concocted by the Disco 'Tute. But it is obvious that the board can't quite get the hang of being the sort of dissemblers the DI's stratagem requires. If they have any sense, they'll listen to their lawyer:

Tom Jones, the School Board's attorney, said a board member brought the issue up when evolution was mentioned as being part of the state's 2008 Science Education Act.

Jones said his previous research indicated that under the U.S. Constitution public schools can't teach religion or the religious theory of creationism.

"Without a doubt it's a constitutional issue," and state law does not supersede the U.S. Constitution, he said.

But even he is whistling past the graveyard:

Jones said he is not sure what the staff committee "will come back with, but I think it will be reasonable."

Possibly ... but given how closely this is following the arc of the Dover case, it is doubtful that the board will listen ... especially when the staff may be compliant:

"It's a very touchy subject," said Bill Spear, Superintendent of Livingston Parish Schools. "We as a staff will enforce whatever the board adopts."

"We don't all have to believe the same thing," Tate said.

Then why do you get to teach creationism to other people's children as if it is the same as science?

Via The Sensuous Curmudgeon
.
Link - Posted by John Pieret @ 1:27 PM

Comments:
A lovely example of a Dover Trap, which to my dismay a teacher in my own school district in Ohio, John Freshwater, also fell into.

Yeah. I suppose it is a sign of some sort of integrity that the local school boards are so bad at picking up the DI's furious hand signals on how to lie ... though Freshwater has overcome that problem, judging by your reports.