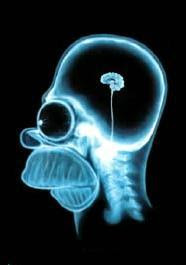 Boy! Can't the Righteous Right come up with any new ideas at all?

California's Proposition 8, which limited marriage to one man and one woman, U.S. District Judge Vaughn Walker found that "Religious beliefs that gay and lesbian relationships are sinful or inferior to heterosexual relationships harm gays and lesbians."

Mathew Staver, dean of the Liberty University Law School and chairman of the Orlando-based Liberty Counsel, said Walker's finding is shocking, and, if upheld, would have ominous implications for Christians wanting to present the Bible's position on homosexuality.

"It's an astounding statement by a judge, and if that finding were to be upheld, it would criminalize Christian beliefs, because the Bible and Christian beliefs historically have clearly indicated that homosexuality is sex outside of marriage – and is contrary to God's design," Staver told CNSNews.com.

He added: "For this judge to say that Christian beliefs or religious beliefs contrary to homosexuality are actually harmful -- what that essentially says is, that if that's the case, then you've got to change your religious beliefs, and if you don't, you're going to be penalized as result. That is a very dangerous aspect of this court decision."

Dr. Richard Land, president of the Ethics and Religious Liberties Commission (ERLC) of the Southern Baptist Convention goes even further:

"Let me spell it out for you, If they say that telling what the Bible says about homosexuality is hate speech, and cannot be allowed -- we will be arrested in our pulpits. We will obey God rather than man," he told CNSNews.com.

Here we go again! Remember how the Matthew Shepard and James Byrd, Jr. Hate Crimes Prevention Act, which added sexual orientation, gender identity and disability to race, religion, ethnicity, nationality and gender as categories covered by federal hate-crimes statutes, was supposed to "criminalize preaching the Gospel and put preachers in the crosshairs"?

No wave of preacher arrests followed passage of the Hate Crimes Prevention Act for the simple reason that it wasn't a "hate speech" law which, in any event, would be unconstitutional under the 1st Amendment.

The only question is whether Staver and Land are really so stupid or are they just lying to the faithful to increase their fear ... and donations. The only sure thing is that the Righteous Right has as little knowledge of the Constitution as they have respect for it.

Comments:
"Religious beliefs that gay and lesbian relationships are sinful or inferior to heterosexual relationships harm gays and lesbians."
That is put in quotes, so I assume that it is a direct quote from the decision.
Is it?

That is put in quotes, so I assume that it is a direct quote from the decision.

Yes. It is one of the judge's "findings of fact" based on the sociological testimony. The point (I think, without going back through the whole 130+ pages) is that it harms gays' political power and, therefore, goes to the question of whether gays should be looked at as a group which needs "protected" status as a discriminated-against minority.

I wonder, are there any competent lawyers at all among the religious right? The evidence and argument in the Prop 8 case was so laughably one-sided that only a judge who decided 'to hell with the law' could possibly have ruled Prop 8 was constitutional.

It appears the Jerry Falwell bible college school of law uses the same principles as their biology department: their job is to make reality fit their Biblical literalism and the students are so blinkered by the expulsion-enforced conformity around them that it appears to come as a complete surprise that not everyone shares that view.

... because it's formal name is two lies.

But its official motto and seal are suprisingly honest.

I think a better term would be "inadvertently honest".

The only question is whether Staver and Land are really so stupid or are they just lying to the faithful to increase their fear ... and donations.

My bet is that they're lying.