We Have To Destroy It To Save It 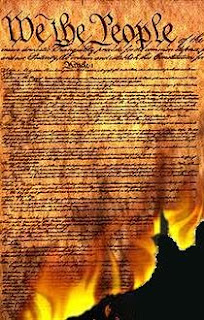 Sarah Posner at Religion Dispatches has an article on former Pennsylvania Senator Rick Santorum (and never was a title more richly deserved) and his all-too-literal "Crusade" to save Christendom against Islam by destroying the secular government of the United States. Posner quotes Santorum:

[In a speech] I equated the importance of winning the culture war here in this country as a prerequisite to be able to successfully win the war against these jihadis over the long term. And I made the comparison that if you look at Europe, Europe is not fighting by and large. And the reason they’re not fighting is because they’ve lost the culture war. They are a post-Christian country, they are not a people of faith, their churches are empty, they are people who are not reproducing at any rate to sustain a population. ... The problem with the Europeans is that they are completely secular folks, by and large, who see the world through the eyes of reason. Well, these people don’t – these people reject reason. These people say that their lives are governed by faith, period, by the rule of law. That was handed down in Sharia. And it is all-encompassing and it is perfect and it is not to be added to. ...

Posner surmises that Santorum is saying that "having a 'Christian nation' is the only way to combat Islam because a secular country wouldn't grasp the irrationality of jihadists." I don't think that's what Santorum means at all (though he might never say it out loud). He means that the only way to fight jihadists is with a populace that equally rejects reason; that is equally willing to have their lives governed by faith; and equally committed a divine rulebook that is perfect and not to be added to (so science can never be accepted if it contradicts that rulebook).

Santorum, in short, wants Christihadists to match the jihadists and wants the government's help in inculcating that rabid faith in the citizenry.
.
Link - Posted by John Pieret @ 1:30 PM

Comments:
This isn't too different to Dinesh D'Souzas line of thinking in The Enemy at Home, in which he claimed that Americans really are similar to followers of Islam in the Middle East/Central Asia. And that we should try to br more like them (Islam).

Except D'Souza (and I can't believe I am about to say this) meant it in a good way. Flawed, incoherent, and illogical, but good nonetheless.

add comment moderation to your BS or more people will die with you...

Hey, DM, if you want to actually talk to people, rather than just making yourself a laughing stock, try explaining what you mean without all the comic garbage.