What's Wrong With the GOP 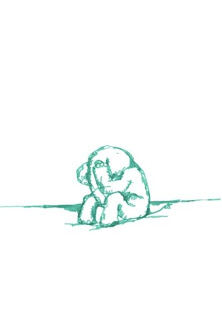 This is from today's Face the Nation segment on President Obama's speech about the so-called "Ground Zero Mosque":

Republican strategist Ed Rollins, who was the National Campaign Director for the Reagan-Bush campaign in 1984 and the national campaign chairman for the Mike Huckabee presidential campaign in 2007, even called Obama's comments "probably the dumbest thing that any president has said or candidate has said since Michael Dukakis said it was okay to burn the flag. And it was very similar."

The "Party of Lincoln" no longer even pays lip service to principle. It is only interested in winning partisan battles and is more than willing to live down to the public's fears, to play off them and to reinforce them, rather than to fight those fears and lead the public to a better understanding of the real issues. It is "dumb" to stand up for what is constitutionally and morally right.

Maybe it is "dumb" when your only measure of what is "right" is "what wins elections." Personally, I'd rather have a president who, at least occasionally, stands up for what is right despite its effect on his reelection chances.
.
Link - Posted by John Pieret @ 9:17 PM

Comments:
Personally, I'd rather have a president who, at least occasionally, stands up for what is right despite its effect on his reelection chances.

So would I. Given Obama's backtracking on the morning after, I'm not sure he's that president.

I'm not so sure it is backtracking ... rights and wisdom are not the same thing. I can support neo-Nazis' rights to march through Skokie without thinking it's wise. Obama is paying a price for just supporting the rights of Muslims.

Democrats can't run away fast enough, either. Political courage seems to be an endangered concept.

What I offered was definitely faint praise but who else is responsible for political courage being an endangered concept but us? We have to reward what little courage we find.