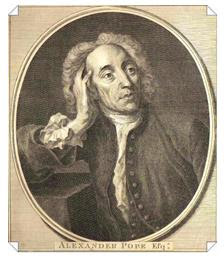 Florida's schools come in for a lot of criticism. But the schools still are full of students who produce thoughtful work.

It is tempting the gods, fate, the blind and random universe, or whatever you want to call it, to start off an article like that ... perhaps especially so when the author of the article, one Jac Wilder VerSteeg, Deputy Editorial Page Editor of the Palm Beach Post, does not seem willing to spend much thought on which examples he finds thoughtful. Take this one for starters:

An individual cannot yell, "Fire!" in a crowded movie theater, but an individual can interrupt a presidential speech by yelling, "Lie!" The first instance, if allowed, would endanger lives by causing a stampede. The second instance would endanger the very core of American democracy if we disallowed it.

The student's ... not to mention VerSteeg's ... confusion is evident in her very formulation. Of course it is permissible to yell "fire" in a crowded theater ... if the theater is, in fact, on fire. Similarly, it is perfectly permissible to call the President of the United States a liar but it may not be appropriate to do so during a Joint Session of Congress. We regularly and properly eject protesters from congressional galleries and meeting rooms when they are interrupting the business of government. Protesters must be allowed to be heard but that right does not extend to being heard where ever and whenever the protesters choose. If you think otherwise, to use my favorite example, just let me show up outside your bedroom window at 2:00 am with a bullhorn.

It is this supposedly thoughtful work, however, which is so confused on so many different levels, that attracted my attention:

The freedom of religion is ideal because believing something in your heart and not being allowed to express it is so limiting. It keeps all of the citizens in the same mindset. All of the modern day theories, like the big bang theory or intelligent design, were created because the people of the United States are allowed to express their religious opinion. Allowing the freedom of religion keeps our minds open for change. It's inspiring and allows us to come together and appreciate what a wonderful country we live in.

Well ... first of all, Georges Lemaître, working at the Catholic University of Louvain in Belgium, is generally credited with formulating the Big Bang Theory. However, Lemaître was expanding on the work of Alexander Friedman, who worked in the Soviet Union. Of course, the math underlying both Lemaître's and Friedman's work was formulated by a certain clerk working in a Swiss patent office. And, as one last fillip, the name "Big Bang" was coined by a British astrophysicist, Sir Fred Hoyle.

Thus the student and VerSteeg are both thoughtlessly laboring under the misconception that every great idea, including the Big Bang, has been the product of the United States, when that is, in fact, far from the truth.

Also, while there was some concern originally in the scientific community that Lemaître was advancing a religious idea of creation, the rigor of the math and astronomical evidence he presented quickly disabused scientists of that notion. While I agree that freedom of religion is a very good idea, neither it nor the American formulation of that freedom had anything to speak of to do with the Big Bang Theory.

Naturally, calling Intelligent Design Creationism a modern day scientific theory on the order of the Big Bang means that you are not merely thoughtless but deeply ignorant as well. The "design argument" is ancient, going back as least as far as the golden age of Greek philosophy, and was formulated, in all the major aspects it sports today, no later than William Paley's Natural Theology in 1802. Naturally, ID is a religious belief that anyone is allowed to hold in the US but which, because of freedom of religion, cannot be foisted on others in public schools by the government.

One thing that must be pointed out is that the proponents of ID, with their constant drumbeat about how "Darwinism," which they claim is a religious belief, leads to all bad things, clearly disagree that it is a good idea to keep our minds open for change. That's why they use every chicanery to try to keep young people from truly considering the evidence for the scientific fact of evolution.
.
Link - Posted by John Pieret @ 7:42 PM

Comments:
So, is the moral that everyone in Florida is stupid?

I don't quite believe it...but, they do seem to have a gaggle of morons down there, anyhow.

So, is the moral that everyone in Florida is stupid?

Naw, just that if you are going to boast about how thoughtful the students are, you are likely to pick out examples that aren't.

You know what I love about you? You can break your heel, have your plumbing plunged, and be given mind-altering drugs, and you can still apply the Smack-o-Matic thoroughly and judiciously to the deserving. I think this means you are officially qualified to debate creationists in your sleep and win without even turning over.

I think this means you are officially qualified to debate creationists in your sleep and win without even turning over.

Doing it in your sleep is one way to keep the monumental stupidity from lowering your own IQ.

In order to forestall my doing so, perhaps one of the other readers who is more diplomatic than am I might ankle over to the article's site and post a comment (no registration seems required). I'd do it, but my style is a bit too pugnacious I think. Were it not a child involved, I'd have no qualms.

If I can find a way to slag the fools who put those daft thoughts in that poor girl's head without taking her down as collateral damage I will, but it may be beyond me, as a sufferer of Excessive Frankness Disorder.

Yeah. I didn't use the kids names for the same reason.

It is imperative that we read blog post very carefully. I am already done it and find that this post is really amazing