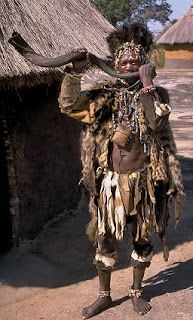 Here's an interesting report in ScienceDaily, entitled "Losing Your Religion May Be Unhealthy, Research Suggests."

People who leave strict religious groups are more likely to say their health is worse than members who remain in the group, according to a Penn State researcher.

The percentage of people who left a strict religious group and reported they were in excellent health was about half that of people who stayed in the group, said Christopher Scheitle, senior research assistant, in sociology.

The news is even worse for people who ... cough ... gnuly become atheists:

About 40 percent of members of strict religious groups reported they were in excellent health, according to the study. However, only 25 percent of members in those groups who switched to another religion reported they were in excellent health. The percentage of the strict religious group members who dropped out of religion completely and said their health was excellent fell to 20 percent.

Of course, it's never as clear cut as that:

Strict groups typically require members to abstain from unhealthy behaviors, such as alcohol and tobacco use. These groups also create both formal and informal support structures to promote positive health, according to Scheitle. The social bonds of belonging to the group might be another factor for better health.

"The social solidarity and social support could have psychological benefits," Scheitle said. "That could then lead to certain health benefits."

Besides losing connection to these health benefits, exiting a religious group may increase stressful situations.

"You could lose your friends or your family becomes upset when you leave, leading to psychological stress and negative health outcomes," said Scheitle.

It may even be the case that strict religious group behavior is so demanding in terms of participation that people in poorer health tend to drop out.

But that bit about providing hope and encouraging positive thinking seems doubtful to me ... unless the hope we're talking about is hoping to see all the people you don't like burning in hell and the positive thinking is being positive you won't be among them.
.
Link - Posted by John Pieret @ 1:53 AM

People who leave strict religious groups are more likely to say their health is worse than members who remain in the group, according to a Penn State researcher.

An awful lot of speculative conclusions drawn from self-reports, not actual health evaluations.

Granted, there will be a variance between self-reporting and diagnosis. Some well people will feel sick, and some sick people will feel well. But subjective assessment of health is an important metric in its own right. All things being equal, if one group of people feels sicker than another, it's significant of something.

Having said that, this researcher may have inverted the causation in this case. Perhaps feeling well makes you more likely to retain your social bonds. I don't think it's a valid conclusion from the data that particular religions make you healthier (though the evidence seems good that belonging to a group makes you generally happier).

One further test would be to repeat the exercise on people leaving Humanist associations and seeing what happens to their opinions about their health.

I imagine that leaving a social group (because you disagree with their ideas) is very stressful. Prolonged high levels of stress do affect the immune system adversely.

Another test would be to repeat the exercise on Protestants who become Catholics (or vice versa) - this might remove or reduce the religious faith issue but still include the changing social circles 'stress'.

DiscoveredJoys, the only problem with extending this study to humanist groups is that this particular study focused on people who leave strict religious groups. There are certainly humanist organizations, but I doubt that there are very many ones with strict rules and very tight communities.

Unless there's a colony of communists somewhere out in the woods, but that would be interesting in its own right.