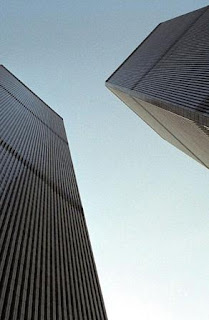 It's been 3,287 days since the terrorist attacks on the World Trade Center, the Pentagon and a field in Pennsylvania. There's not much more to today's date than that.

While it is probably near the top of the most lives taken by a small, non-governmental group in a single day, on the scale of human self-butchery it barely warrants a blip. The Rwanda genocide, not to mention the Holocaust, Hiroshima, Dresden and thousands of other crimes we have committed against ourselves, make it pale in comparison.

Sadly, many in my home country, which has, at least, aspired to implement the ideals of the Enlightenment, have let this act of hatred, cruelty and unreason drive them from their own senses.

Make no mistake, the real significance of this day lies in what we have become, not in what happened back then.
.
Link - Posted by John Pieret @ 7:19 AM

Comments:
you have no clue what really happened on 911

Au contraire, idiot. I lived through it.