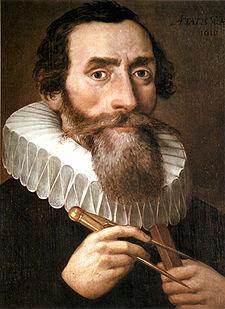 I saw this a few days ago but forgot to pass it along.

After the Discoveryless Institute's recent promotion of the book and conference entitled "God and Evolution," we now have:

Can you be an orthodox Keplerist and an orthodox theist? The plain answer is “no,” according to God and Revolution: Protestants, Catholics and Jews Explore Kepler’s Challenge to Faith, an important new book from Stationary Institute Press. The book provides a thorough examination of the conflict between belief in God and Kepler’s laws of planetary motion.

In the four centuries since Johannes Kepler first proposed his laws, Christians, Jews, Astronomy students, and other religious believers have grappled with how to make sense of them. Most have understood that Kepler’s laws and materialistic theories of planetary motion have profound theological implications, but their responses have varied dramatically.

Some have rejected revolutionary ideas outright; others, often called “theistic revolutionists,” have sought to reconcile materialist theories including Keplerism with their religious beliefs, but often at the cost of clarity, orthodoxy, or both. ...

The book is a response to growing efforts by some Keplerists to enlist the support of the faith community by downplaying Keplerism’s core principles. Chapters of the book detail the failures of theistic revolution, address the problem of retrograde motion, and explain how intelligent design is consonant with orthodox belief in the fixity of the earth.

Comments:
In the four centuries since Johannes Kepler first proposed his laws, Christians, Jews, Astronomy students, and other religious believers have grappled with how to make sense of them.

Somehow, I don't think astronomy students have to grapple much with Kepler's laws, as long as they stayed awake in math class.

It seems fitting that this book should be published by the Stationary Institute Press. Stationary, as in "Our ideas on science have remained stationary for 2000 years!"

I really hope this book turns out to be a hoax. Is it really possible that people are so out of touch?

It's a parody of an actual press release put out by the Discovery Institute.

We are running a non-profit site only for the sake of information sharing.

We would be pleased with your positive response. Looking forward for your reply...

"I really hope this book turns out to be a hoax."

If they actually wrote such a book, they could make some money. If you're going to doubt evolution, especially in favour of YECism, being anti-revolution is but a short step. Writing and selling such a book to the credulous would be only slightly less ethical than what actual creationists do.

"Is it really possible that people are so out of touch?"

There actually is a website out there that does seem to be serious about prefering geocentrism, so the answer is, sadly, yes.

Is it my imagination or does Kepler look a lot like the English actor Pete Postlethwaite?