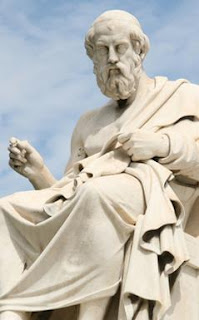 It has not always been necessary to choose between one side or the other: science or religion, reason or mystery. In the age before Darwin, many powerful clerics were also notable scientific scholars and leading scientists were often at least conventionally pious. For them, science and religion could share a common philosophical basis with the premise that a careful, rational study of nature, instead of denying God, would confirm that all life is, after all, the product of God's unique creation. Natural Theology and its counterpart in the geological context, Physico-Theology, provided an intellectual framework that both embraced science and kept it at bay. Indeed, natural theologians believed that a study of God's handiwork constituted a proof of the very existence of God. Believers who were scientists welcomed natural theology because it gave their endeavours a framework within which to operate. Deist and Christian alike could find much to favour in a movement that sought to discover God through rational study without depending on a belief in miracles or insisting on the literal truth of the Bible. Some theologians naturally worried that this new movement would risk flirting too seductively with material explanations of the world and preferred to remain with the relative safety of the authority of the Bible and revelation. Nonetheless, in one form or another, natural theology has maintained a currency to the present day. Its last and greatest expression was in the classic work of 1802 by Reverend William Paley, usually known by the short version of its title, Natural Theology. Paley's arguments have never really been improved upon. His book affords a starting point from which to trace a story that reaches from the ancient Greeks to Descartes and to the intellectual environment of the seventeenth and eighteenth century from which Darwin sprang.