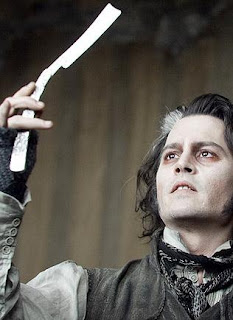 The man who proposes a theory makes a choice—an imaginative choice which outstrips the facts. The creative activity of science lies here, in the process of induction understood as the making of hypothetical theories. For induction imagines more than there is ground for, and creates relations which at bottom can never be verified. Every induction is a speculation, and it guesses at a unity which the facts present but do not strictly imply. ...

To put the matter more formally: a scientific theory cannot be constructed from the facts by any procedure which can be laid down in advance, as if for a machine. To the man who makes the theory, it may seem as inevitable as the ending of Othello must have seemed to Shakespeare. But the theory is inevitable only to him; it is his choice, as a mind and as a person, among the alternatives which are open to everyone.

There are scientists who deny what I have said—that we are free to choose between alternative theories. They grant that there are alternative theories, but they hold that the choice between them is made mechanically. The principle of choice, in their view, is Occam's razor; we choose, among the theories which fit the facts we know now, that one which is simplest. On this view, Newton's laws were the simplest theory which covered the facts of gravitation as they were then known; and general relativity is not a new conception but is the simplest theory which fits the additional facts.

This would be a plausible view if it had a meaning. Alas, it turns out to be a verbal deception, for we cannot define simplicity; we cannot even say what we mean by the simpler of two inductions. The tests which have been proposed are hopelessly artificial and, for example, can compare theories only if they can be expressed in differential equations of the same kind. Simplicity itself turns out to be a principle of choice which cannot be mechanized.

Of course every innovator has thought that his way of arranging the facts is particularly simple, but this is a delusion. Copernicus's theory in his day was not simple to others, because it demanded two rotations of the earth—a daily one and a yearly one—in place of one rotation of the sun. What made his theory seem simple to Copernicus was something else: an aesthetic sense of unity. The motion of all the planets around the sun was both simple and beautiful to him, because it expressed the unity of God's design. The same thought has moved scientists ever since: that nature has a unity, and that this unity makes her laws seem beautiful in simplicity.

- Jacob Bronowski, "The Creative Process," A Sense of the Future: Essays in Natural Philosophy

Comments:
A wonderful quote John from a brilliant man. Thank you.

I just picked up A Sense of the Future from Thriftbooks and I shouldn't be surprised if there are a lot of quotes from Bronowski in the near future.

Simplicity itself turns out to be a principle of choice which cannot be mechanized.

If you accept a natural explanation for brain processes then the principle of choice is already mechanized. It may not be transparent to conscious thought, it may be incorrect, but it stems from mechanical brain processes.

Is Jacob Bronowski arguing for choices made by 'spirit' or 'soul'? Is he arguing for the existence of Absolute or Perfect choices separate from the brains that make them?

While I don't know for sure, I suspect that Bronowski would vote against determinism. If so, then whatever choices humans make about theories cannot be formalized by human choice-making mechanisms.

Copernicus's theory in his day was not simple to others, because it demanded two rotations of the earth—a daily one and a yearly one—in place of one rotation of the sun. What made his theory seem simple to Copernicus was something else: an aesthetic sense of unity.

That's just wrong. The sun and the moon had fairly simple motions in Ptolemy's model, while what we now call "planets" had complex epicycles. It's true that epicycles didn't actually disappear in the Copernican/Galilean model, but there were far fewer (and these disappeared in the Keplerian model).

Besides which, the earth doesn't have two "rotations" in the heliocentric model. It has one rotation that replaces the revolution of the entire universe around us every 24 hours, and a revolution around the sun. And the sun had to "move" against the background stars in Ptolemy's model, so it didn't actually have just one "rotation," it was a planet moving in relation to the "fixed stars."

The unity of the Copernican model was not unimportant, but the complexity of the Ptolemaic model (and then it wasn't truly even geocentric--the center was slightly offset from earth) seems to most people to be a strike against it even in a pre-modern physics era.

Yet it's true that Occam's razor seems to be of rather limited value. It does usefully warn against any unnecessary steps and entities. Take ID, which apparently accepts that their great designer far more intelligent than us would design like a genetic algorithm, producing what unthinking evolution does (with a few tweaks to make it all work, apparently). So then what's the point of the designer? It just does what evolution does (save that supposedly evolution isn't quite capable of it--but these "arguments" are based largely on ignorance), and the designer explains nothing really. The "designer" is an unnecessary step/explanation (except in their delusions) and should be discarded for that reason, not because there couldn't be an entity tweaking evolution.

And that's primarily what Ockham's razor really states, that "entities must not be multiplied beyond necessity" (by the way, Holy Scriptures were an exception within his formulation), not what Bronowski is claiming. The "simplest theory" is hardly what it's about, or the IDiots would be right that "God did it" is just about the simplest explanation for everything, and thus the best "theory."

The razor is still of limited value, because I think that by now it's more or less implicit in science that you don't just throw in a god, a made-up law, or a miraculous mind--like the IDiots do--into science. So then we wonder if an "entity" really is necessary or not, and typically we just don't know until conclusive, or at least persuasive, empirical investigations become possible.

My sense then is that Occam's razor means little practically in science (elegant models in physics seemingly do turn out to be more likely to be correct than do inelegant models, but that's at best somewhat related to the razor), but it does do a pretty fair job against pseudosciences like ID and alien interventions.

I just hit "Publish Your Comment," it asked if I really wanted to navigate away from this page, I hit "Cancel," and then it stated that the page could not be displayed.

So I was sure that I had lost my comment, came back to the blog, and found that nine copies of my comment were in fact published.

Well, you could go ahead and erase this comment along with eight of the copies, if you wish. I thought it might be worth pointing out that the site seems to have screwed up--let's hope this is a one-off.

Yeah, that's Blogger's latest trick ... though nine is, I think a new record. I usually get three.

I don't know enough of the history of the Ptolemy/Copernicus change-over to quibble about the details but I think Bronowski's broad point is correct. Occam's Razor is way overvalued in the polemics surrounding science, particularly of the science vs. religion variety.

As to multiplying entities, methodological naturalism does everthing the razor does when it comes to god(s) and multiplying natural entities is not, as you note, a significant problem.

Anyway you [cough] slice it, the razor is not what it is cracked up to be.

Indeed. You find folk who refer to the razor as if it were a law of physics.

Appeals to the Razor,remind me of that running joke from Pirates of the Caribbean, whenever someone appeals to the Pirate Code they're told something like "the code is more what you'd call "guidelines" than actual rules".