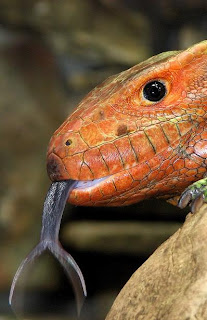 As usual in such instances, the focus is the disdain cdesign proponentsists have for "theistic evolutionists," which is second only to their disdain for science.

Amusingly, the DI asks whether: "Is it 'anti-science' to question Darwinian Theory?" while touting a conference advertised to "focus on the conflict between neo-Darwinism and traditional theological views of Protestants, Catholics and Jews."

So, let me answer the question: if you question a scientific theory, such as evolution, because you perceive it to be in conflict with your religious beliefs, traditional or not, then you are being anti-science because you are rejecting science on nonscientific grounds. Simple enough, isn't it? Oh, and trumping up vaguely scientific-sounding "reasons" for not accepting evolution to order to dishonestly cover-up your real motivations (and try to evade the Constitutional separation of church and state to boot) doesn't make your beliefs any more scientific ... if any thing, it makes them even less so.

Via The Sensuous Curmudgeon
.

Comments:
Dishonesty seems so reflexive at the Disinformation Institute that I wonder if it makes it hard for fellows to order a restaurant meal:

'Damn, I didn't want the mushroom risotto, I wanted the veal marsala.' 'You changed your mind?' 'No, I knew all along I wanted the veal.' 'Why didn't you order the veal, then?' 'I wasn't sure the waiter was one of Us, so I couldn't tell him the truth. And it's not like you look like you're enjoying the cannelloni you've got.' 'I wanted the linguine with clam sauce. Guess I have the same difficulty you do.' 'You don't suppose it has anything to do with our both being fellows of that leading edge science institution the Discovery Institute do you?' 'No, I suspect it's evolutionist-atheists and their theistic fellow-travellers directing mind control rays at us messing up our ordering.' 'Cool, we’re martyrs again! Hmm, you know this risotto is pretty good. How's your cannelloni?' 'It's actually excellent, but next time I want the linguine, so I guess I'll order the cannelloni!’ ‘Why not, since this is a business lunch because we dissed evolutionists, it's on the expense account!' 'Whoo hoo! Free food!'

I don't even want to think what happens when they go clothes shopping or for a haircut ... though that would probably explain why Casey Luskin looks the way he does.

I would have more respect for those who don't 'believe' in evolution if they were upfront with their reasoning. Don't try to pseudo-science explanations.

Just say "I don't understand science, but I really like that Jesus guy and that stuff they said in that book about him. Therefore, I'm going to ignore evidence and facts and just go with whatever they thought 2,000 years ago."

Then, I'd be like "Cool. Rock on with your ignorant self." (Except, I never really say 'rock on,' so that part would be different.)