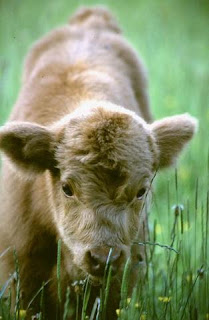 In Britain, it is a crime to kill a conscious cow or sheep or chicken for meat by slashing its throat without numbing it first. The reasons are obvious. If you don't numb an animal, it screams as you hack through its skin, muscle, trachea, oesophagus, carotid arteries, jugular veins and major nerve trunks, and then it remains conscious as it slowly drowns in its own blood – a process that can take up to six minutes. So we insist that an animal is stunned before its throat is slashed, to ensure it is deeply unconscious. There isn't much humanity in our factory farming system, but this is – at least – a tiny sliver of it, at the end.

You are allowed to skip all this and slash the throats of un-numbed, screaming animals if you say God told you to. If you are Muslim, you call it "halal", and if you are Jewish you call it "kosher". Back in the Bronze Age, or the deserts of sixth-century Arabia, it was sensible to act this way. You needed to know your meat was fresh and the animal was not sick, so you made sure it was alive and alert when you killed it. As Woody Allen once said, it wasn't so much a commandment as "advice on how to eat out safely in Jerusalem". But we have much better ways of making sure meat is fresh and healthy now. Yet for many religious people it has hardened into a dogma, to be followed simply because it was laid down in their "holy" texts long ago by "God".

I'm a bit conflicted. We're animals ... and, last time I looked, nobody else in that category was spending much time worrying about the feelings of its food. On the other hand, we do think about such things, which is maybe an argument for human exceptionalism ... which is, of course, the basis of all anti-evolutionism.

But this caught my attention because of an experience of my own.

My family had friends/semi-relatives that lived in parts of New York State north of the actual City, who had some slight pretensions of being "farmers." During a day or two with them, we visited some of their neighbors who were closer to the real thing. I was with the various kids of the two families -- of whom I have no memory -- when I saw some adults hoisting a calf up by its back legs with a pulley attached to a limb of a large tree. I had no idea what was going on until I saw a knife flash and a gush of blood that went a good 10 feet through the air.

But I still can hear the death cry of that calf 50 plus years later.

I got injured recently because of my own inattention/stupidity. My doctors prescribed me painkillers to relieve the pain that, at least in some sense, I deserved.

The least we can do is use the same intelligence we use to relieve our own pain to do as much for others not so culpable as I was.

Any religionists that can't accept that should have that calf's scream echo in their ears forever and forever.
.
Link - Posted by John Pieret @ 8:39 PM

Comments:
I got injured recently because of my own inattention/stupidity. My doctors prescribed me painkillers to relieve the pain that, at least in some sense, I deserved.

"I used to think that it was awful that life was so unfair. Then I thought, wouldn't it be much worse if life were fair, and all the terrible things that happen to us come because we actually deserve them? So, now I take great comfort in the general hostility and unfairness of the universe."

This is a little tough -- there is a sentimental case, but I'm pretty sure most herbivore deaths by predation are much worse. And cutting the jugular is probably better than e.g. most hunting deaths via gunshot or arrow. I agree that if you're doing industrial processing of animals, cruelty should be minimized with technology (I guess cows get a blow to the head that is the equivalent of a gunshot), but if a person is going to slaughter an animal themselves, it's hard to argue that it shouldn't be allowed when it's a method that has been used and passed down probably for thousands or even hundreds of thousands of years (when it comes to arrows, spears, etc.).

Implying that animal suffering in nature has a bearing on how we should behave towards other creatures runs straight into the is/ought problem.

And the fact that some human practices are traditional does not necessarily mean that they should be allowed to continue. The practice of female genital mutilation in some African cultures comes to mind, for example.

We have to decide for ourselves how we should behave towards each other and other species.

I eat meat, for example, but I would find it very hard to kill a rabbit to eat. But I am a 'townie' who is fortunate enough to be able to buy my meat nicely packaged in a supermarket. No doubt, if I was in the wild and starving I would feel very differently.

My guideline, for what it's worth, comes from Rudyard Kipling. In The Jungle Book if one predator enters the territory of another as a matter of courtesy he calls out "Give me leave to hunt here". If permission is granted the reply is "Hunt for food but not for pleasure".

But that is why animals do not have souls--so that all of their screams are mere noise.

And if there are races that you don't like, just think of them as animals, and all of their screams will also become mere noise.