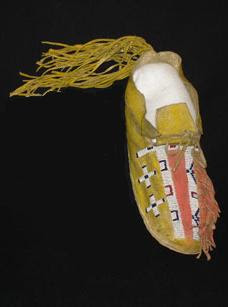 I discussed William Dembski's recent "heresy trial" and his recantation of his mild suggestion that "Noah's flood, though presented as a global event, is probably best understood as historically rooted in a local event. "

But, as Michael Zimmerman points out:

While the results of the midterm elections provided some evidence on the state of the economy, there's a far clearer indicator of just how bad things are. William Dembski, one of the main proponents of intelligent design, has recanted his scientific views in an attempt to keep his job. As philosopher Michael Ruse has said, explaining but not condoning Dembski's actions, "here he is with a wife and kids to support and the threat of the sack."

That is all the more true given the fact that Dembski has an autistic child, the heartbreak of which has caused him to do some pretty strange things before.

Although the news of Dembski's retractions appeared a few weeks back, I waited to write about it to see how the creationist community would respond. Surely, those who vigorously promoted Ben Stein's movie Expelled (a film that famously pretended that a scientific orthodoxy relentlessly fired world class scientists who held dissenting views) would come to his defense. Not surprisingly, not a peep of protest has been heard.