Reason Is as Reason Does 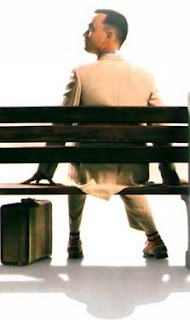 A newly minted cardinal of the Catholic Church had decided to take on atheists in a book entitled Atheism? No Thanks! To Believe is Rational:

Cardinal Walter Brandmuller is underlining the irrationality of atheism, noting that only in God can the human person find fulfillment.

Hmmm ... the rationale for that statement is missing ... though maybe it is in the book and whoever wrote this squib at Catholic.net didn't think it was important enough to mention.

In answer to Richard Dawkins' question, "Why still believe?", the Cardinal says:

The question is not a novelty. Friedrich Nietzsche makes his madman announce that God is dead and Yury Gagarin, the first Russian in space, on his trip of April 12, 1962, said that nowhere had he seen something that resembled God. Dawkins does not recognize God even as a hypothesis. For him God is a hallucination that exists only in the mind of a retarded person.

Now, it's been a while since I read The God Delusion but I didn't remember Dawkins being so ... well ... irrational (and counterproductive to his own aims) as to call all religious believers "retarded." Since I have a pdf copy of the book, I did a word search and, indeed, Dawkins never calls religious believers by that odious appellation. *

Now, the Cardinal is right about this part:

In reality, the target of the atheists is not so much God but the Church, the Pope and the Vatican ...

Yes, it is rational to conclude that people who don't believe in god(s) may be aiming their criticisms at the human institutions that perpetrate belief in those god(s), rather than at a being they don't believe exists. Unfortunately, that's the last sign of rationality displayed in this article:

The cardinal addressed the topic of miracles, recalling what happened in Calanda, a small town not far from Saragossa, Spain, where there was a youth named Miguel Pellicer whose leg was amputated. Two years later and despite the difficulty in walking, the youth undertook the journey to the Marian shrine of Santa Maria del Pilar in Saragossa.

Once he arrived at the shrine, he prayed intensely to Mary to help him. That night an incredible event took place. When he woke up in the morning his leg had grown back, perfectly healthy.

To explain the miracles, Cardinal Brandmuller quoted William Shakespeare who said to followers of the Enlightenment: "There are more things between heaven and earth than your scholastic erudition can imagine."

Never mind that Hamlet was talking about a ghost, whose supposed "revelations" resulted in at least six persons' death, including Hamlet's.

It's hard to imagine how an alleged miracle, from the mid-1600s, is part of a "rational" belief in God today. The first and most obvious question is why, out of all the millions of amputees, today and in the past, this one person merited miraculous intervention. Anna Göldi, was also alleged to be involved in miracles ... causing an eight year old girl to spit up pins. That resulted in Anna being probably the last person in Europe executed for witchcraft. Today, we suspect that ulterior motives may have been involved in Anna's case ... just as the people of Calanda might have had ulterior motives to have their town known as a site of miracles.

There is not much that science can say about Miguel or Anna, except that such things are beyond what the world we call "natural" allows. People can certainly take it a step further and say that, in any sort of rational society, people should not be put to death based on such fantastic "events." Then again, people should not be penalized in any way for believing in such things either.

But to cite such things as rational arguments in favor of God makes no sense. Maybe the Cardinal senses that and it is exactly that which makes him think that Dawkins called him "retarded."

* The word appears twice in the book, in connection with the "Great Beethoven Fallacy" (p. 298-301), where anti-abortionists use a particularly bad argument, to the effect that the family history of Beethoven, including his supposedly blind, deaf and retarded siblings, would have caused modern pro-choice advocates to recommend that the fetus which became Beethoven be aborted. The factual premises are false or fanciful and the logic would require every man and woman (from the very onset of puberty ... virgins not allowed!) to try to utilize every sperm and egg lest they fail to "potentalize" every great person who might have been. One can only wonder what people who make such arguments would reply to the statement: "If only abortion had been readily available and affordable during Klara Polzl's lifetime, maybe she would have never given birth to a son named Adolf and the Holocaust would never have occurred." We can only be sure that the reply would be no more rational than the original argument.
.
Link - Posted by John Pieret @ 9:36 AM

Comments:
If faith makes the trials and tribulations of this life more bearable, if it gives the strength to endure and survive the worst tragedies fate can throw at us then it is at least arguable that, to that extent it is rational to believe.

As for medieval miracles, as you point out, they only serve to highlight the capriciousness of the Christian God. The cardinal should set unverifiable stories about regrown legs against well-attested accounts of a young girl dying painfully on her living-room floor from the effects of untreated diabetes while her family stood around praying fervently but futilely for her to be cured.

(And, personally, I still believe that the right to life should be extended back to fertilization. But that's just me)

john pieret you have nothing to do with "reason"

How would you know, Dennis?