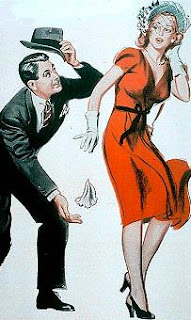 The atheists have come to Kamloops, British Columbia. Typically for our northern neighbors, the whole thing is rather polite. The "strident" atheists are putting up signs on local buses saying:

Even the local religious right, in the person of Mel DeCook, can't muster very much in the way of high dudgeon:

If the school board can ban the use of the word "Christmas" from the Christmas holiday season because it may offend someone, I find it unconscionable that the City or Province would allow religious signs promoting atheism on the public transit system.

That business about "banning" Christmas apparently refers to the Kamloops-Thompson school trustees decision to politely refuse to rename the December "winter break" as the "Christmas break," on the grounds that:

"We're so multicultural. It's not Christmas to some people," vice chairwoman Diane Dosch said ...

I for one object to my taxpayer's money to allow them the use of our buses as a billboard and will never use transit if allowed.

Protesting by not using public transit "if allowed," when Canadian courts have already decided the issue, is so polite. Of course, the transit system is, undoubtedly, not using taxpayer's money to finance the ads. Rather, it is collecting money from the atheists.

If the transit authority allows this they will have to allow all forms of religion the same right.

Based on the story about the ads above, the Canadian Supreme Court would require the transit authority to politely do exactly that.

Either there is a God or there is not. At least believers in God have the conviction of their faith. Maybe they're just trying to cover all bets.

I really think God can figure this out.

Comments:
...IOW, pretty much the same passive-aggressive bullshit we got in Ottawa. But the whining and bitching is all free publicity, so it's all good.

I would sympathize with Mel DeCook if the school trustees had banned the use of the word 'Christmas' for fear of offending non-Christians. As far as I am aware, there is not, nor should there be in my view, a right not to be offended.

On the other hand, if, as it appears, the school trustees were refusing to rename what had always been known as the 'winter break' then renaming it for the festival of a particular faith is arguably preferential and difficult to justify.

This is really a very polite storm in a teacup although I would be curious to know if this particular break has always been called the 'winter break' or was it renamed at some point further back in the past from the 'Christmas break'.

The There's probably no god campaign seems to have originated in the U.K. Actually, I think the U.S. version is just as polite. All it does is say that if you don't believe in gods, you're not alone. Yet some folks objected anyway.

The UK is something of a haven for Godlessness in spite of - or maybe because of - having a state church. Or it could be because she 'exported' as many of her religious troublemakers as she could to the colonies while she had the chance.

" ...IOW, pretty much the same passive-aggressive bullshit we got in Ottawa. "

Lest Mr Knight create an unduly harsh impression of our fair city, the overwhelming reaction in Ottawa was 'Eh?' OC Transpo (the local transit outfit) serves an area of about 850,000 and the number of folk who objected to the atheist ads was minuscule. City Council overturned the ban with what was, for City Hall, alacrity and it passed into dim remembrance.

If Mr DeCook's dudgeon is all that can be mustered in Canada's Bible Belt (the BC interior) it says something.

Maybe someone should run the atheist ads in Penticton.

Kamloops, eh? That's just down the road for me. It's only redeeming feature is the wildlife park which sports most of the larger land-based animals one can find in Canada.