Ooh! Tell Us About It! 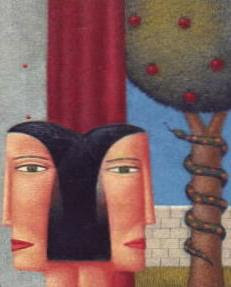 The Advocate of Baton Rouge has a Letter to the Editor from Gene Mills, the president of the Louisiana Family Forum that has a fascinating admission.

Most of the letter is an argumentum ad hominem against Barbara Forrest, who insists on making clear the LFF's machinations to subvert science education in Louisiana. As such, it hardly needs comment.

This is the interesting part:

Barbara Forrest, it seems, has made it her life mission to put the religious belief of all Louisianians on trial. Her conclusion: LFF advocates the teaching of religious creationism in the science classroom alongside evolution.

But back in 2009, a committee of the Louisiana Board of Elementary and Secondary Education was preparing policy language to be included in the state school administrators' handbook for determining what supplemental teaching materials can be used under the new law:

Proposed for discussion at the December meeting were requirements that any information in the supplemental material be "supported by empirical evidence." The proposed language also said religious beliefs "shall not be advanced under the guise of encouraging critical thinking" and that materials "that teach creationism or intelligent design or that advance the religious belief that a supernatural being created humankind shall be prohibited in science classes."

At that time, Mills objected:

"I would just summarize it this way," [Gene Mills of the Louisiana Family Forum] said. "I would think that it left religious neutrality and took a tone of religious hostility. Or at least it could be interpreted by some to have done that."

It could only be interpreted that way if certain religious organizations (such as the LFF) intended to advance religious beliefs under the guise of encouraging critical thinking using materials unsupported by empirical evidence that teach creationism or intelligent design or that advance the religious belief that a supernatural being created humankind.

But that's still not the interesting part of Mills' letter. What is interesting, and potentially useful in any lawsuit that arises out of the Louisiana law, is Mills' admission that the law was authored by the LFF. There can't be a much more excessive government entanglement with religion than having a religious organization authoring the laws of the state. Nor is a claim that the law has a legitimate secular legislative purpose helped by the fact that it is doing the will of a sectarian organization.

I know I'm keeping a copy.

Update: The committee of the BESE voted 6-1 to adopt the textbooks unaltered and without a disclaimer. While the full 11 member board has yet to vote, the 6 aye votes are already a majority and, without a change by one or more of the committee members, the board should approve the books.

Update II: The full board has adopted the textbooks.
.
Link - Posted by John Pieret @ 5:22 PM