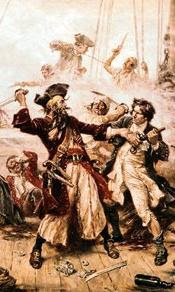 A thought [re: Larry Laudan's criticism of the McLean decision and demarcation in general]:

If Laudan's view were indeed the norm in philosophy of science, then it is little wonder that some say philosophy is irrelevant to any matters of practical consequence. Is philosophy going to be so removed from the realities of the world that it has nothing of value to say even on topics that ostensibly are its core concerns? It would be a sad commentary on our profession if philosophers could not recognize the difference between real science and a sectarian religious view masquerading as science. When squinting philosophers like Laudan, Quinn and their imitators such as Monton and George purport that there is no way to distinguish between science and pseudoscience or religion they bring to mind Hume's observation that "Generally speaking, the errors in religion are dangerous; those in philosophy only ridiculous." Unfortunately, in giving succor, inadvertently or not, to creation-science and now to ID, such philosophers compound the error, making the ridiculous dangerous.

Comments:
I had a shufti through Laudan's 'Science at the bar' and I can understand the exasperation Pennock displays. I found his question about whether 'quantum mechanicians' would be prepared to give up uncertainty particularly obtuse. I'm sure many would regret having to do it, but confronted with evidence for an alternative to uncertainty that would stack up against the literally mountains of evidence for evolution, I don't think we'd see the the quantum mechanics stubbornly refuse to acknowledge reality as the creationists do.

It's as if Laudan is unaware of just how much evidence there is for evolution.

I'm reminded in this of Rumpole's justified disdain for academic lawyers.

Laudan's prediction that McLean would "come back to haunt us" by affording creationists an opening to claim that what they are doing is science is particularly ironic. I'd be willing to bet Laudan has been much more cited by creationists than McLean.

And this bit demonstrates that Laudan didn't understand the legal issues:

[T]he real question is whether the existing evidence provides stronger arguments for evolutionary theory than for Creationism. Once that question is settled, we will know what belongs in the classroom and what does not.

Who is that "we"? The State of Arkansas mandated the teaching of creationism as science, using taxpayer money, including Laudan's if he happened to live in Arkansas or any of the states (like Texas) that would have been willing to follow suit but for McLean and Edwards v. Aguillard. That "we" wouldn't have been academics too busy contemplating their own navel to notice that we can still tell the difference between day and night tolerably well, despite the existence of twilight. The proper reaction to someone who proposes the wrong criteria for determining one thing from another is to propose better criteria, not to deny that there is any difference between day and night.

A nice compliment to Pennock's paper is the one by Sahotra Sarkar, "The science question in intelligent design". Especially the summary in section 5, which begins:

"The argument of this note was designed to show that the most credible philosophical argument against ID being treated as science is to point out the absence of any positive specification of its fundamental concepts, intelligence and design, rather than to have recourse to a demarcation criterion between science and non-science. The basic claim is that, in the absence of such a specification, ID cannot be a substantive theory, scientific or not. In the case of intelligence, there is no positive specification at all. In the case of design, there is no coherent specification."

Folks here might also be interested in this approach by Michael Berube, a veteran of the "Science Wars":

Speaking of important legal cases, the York Dispatch
had an item marking the 5th anniversary of Kitzmiller v. Dover today.

john repent and you will be saved...