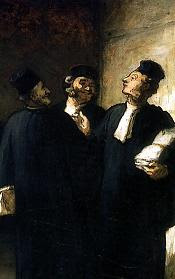 Ryan E. Gatti is an attorney (to my shame), who lives in Bossier City, Louisiana. He attempts, in the Shreveport Times to construct an argument against evolutionary science while forgetting the first rule of lawyers ... you damn well better know your opponent's argument as well as you know your own. His failure to heed that rule leads him to make a transparently foolish (although not, unfortunately, judging by the comments, transparent to people as ignorant of science as himself) set of "questions," only the first of which I'll bother to address:

What evolved first, mammalian bone marrow or bones? Were hollowed-out femur bones simply sitting around and bone marrow crawled into them, or was bone marrow sitting on the ground making red blood cells and the femur formed around it? Is there some observable, testable, repeatable and falsifiable science we can all watch in the lab that will help us on this one?

First of all, Gatti appears to have fallen prey to the same silly notion of evolution that Ray Comfort has ... the idea that each species (or in Gatti's case, each class) has to evolve all their traits from scratch. The simple answer to Gatti's question is: mammals didn't have to evolve "bone marrow or bones," they inherited them in the first place from their reptilian synapsid ancestors, who inherited them from their ancestral amphibians, who inherited them from fish, etc. The interesting question, even if Gatti is too ignorant of science to know it, is "how did bones evolve?".

It doesn't take a science degree to explore that question ... only Google. There is a nice post at NeuroDojo, the blog of Zen Faulkes, Associate Professor in Biology at The University of Texas-Pan American, about that. It took me all of 30 seconds to find it.

Worse, as far as a lawyer goes, is his misconception about what counts as "evidence," particularly scientific evidence, and/or his failure to know what evidence the other side has. As Professor Faulkes points out, the evidence for the origin of bones comes from fossil and genetic studies, all of which are observable, testable, repeatable and even falsifiable (though few philosophers of science think Popper was right about that latter point). And that evidence is every bit as good as footprints, blood typing and DNA evidence, which we use to prove, beyond a reasonable doubt, the guilt of a murderer, even if no one actually witnessed the crime. And before we get a recitation of all we don't know about the precise path of evolution, do we need to know all the exact actions of a perpetrator for the week before the murder or the exact path he or she took to the scene of the crime in order to convict?

There's only two reasons Gatti doesn't accept science: he doesn't understand what it is, and his doubt is not reasonable.
.
Link - Posted by John Pieret @ 3:11 AM

Comments:
My answer to any such tiresome challenges is that I will provide you with the evidence that leads the overwhelming majority of professional biologists to accept the theory of evolution if you can provide me with the evidence - of similar quality and quantity - for the existence of your God and the works you claim He performed. I expect Intelligent Design/Creationists to match the "pathetic level of detail" they demand of science if they want their claims to be given the same consideration owed a properly-constructed scientific explanation. Simply pointing to gaps in a competing explanation is not evidence that your own must necessarily be true. To put it in terms a lawyer like Mr Gatti might understand, the fact that we may not know what a murderer ate for breakfast on the morning of the crime does not mean we cannot prove that he or she committed the offense.

The questions posed by him all are of the sort, "which came first?"

That is one type of question posed about evolution which is at least as relevant when asked about reproduction and development.

And, indeed, was asked about reproduction and development, by the advocates of "preformation" in the 1700s.

See examples of how arguments against evolution were used centuries ago in support of preformation at:

The Chicken or the Egg

First of all, Gatti appears to have fallen prey to the same silly notion of evolution that Ray Comfort has ... the idea that each species (or in Gatti's case, each class) has to evolve all their traits from scratch.

It's even worse than that in many creationists' view, including Ray Comfort. Not only does each species or genus or class or whatever have to evolve all its traits from scratch, it all has to happen at the same time in one individual organism, or so Michael Behe thinks.

It's interesting to read these responses - they're dead on for the audience that reads this blog. But this is the choir. If I were going to answer him in the forum where his rant appeared, it would go something like this:

"Mr. Gatti's discomfort over evolution comes from his perception that the science is a challenge to faith. While some atheists might ironically agree with him on this point, many eminent scientists who are also persons of faith would disagree.
What is true is that science can be problematic to some people's ideas about faith, but that has always been true and important religious thinkers embrace new information as opportunity not adversity.
As for his challenges to the science, these are old ideas - asked and answered countless times. While I can understand his discomfort, I cannot excuse his ignorance. Difficult as it is to keep up with the changes wrought on our world by science and technology, nevertheless it is something we must do to stay competitive in a world where most of the technology we use every day is being made in other countries.
His questions about the science would be easily answered in a basic high school biology class that would allow evolution to be taught. That he's basically making an argument against that is tragically ironic."

I thought it was very good and I've added your blog to my reader.