To Coyne a Phrase 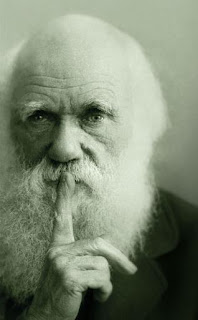 I thought about responding to this old bit of news from Jerry Coyne but I was tired and, now, Josh Rosenau has done so already and much better than I would have.

Why Coyne chose to resurrect this issue, when it's already been to the steps of the Supreme Court, is anybody's guess but I do note a certain failure in reading skills involved.

Here is what Coyne quotes from the Understanding Evolution site:

"Evolution and religion are incompatible."

Response:
Religion and science (evolution) are very different things. In science, only natural causes are used to explain natural phenomena, while religion deals with beliefs that are beyond the natural world.

The misconception that one always has to choose between science and religion is incorrect. Of course, some religious beliefs explicitly contradict science (e.g., the belief that the world and all life on it was created in six literal days); however, most religious groups have no conflict with the theory of evolution or other scientific findings. In fact, many religious people, including theologians, feel that a deeper understanding of nature actually enriches their faith. Moreover, in the scientific community there are thousands of scientists who are devoutly religious and also accept evolution.

For concise statements from many religious organizations regarding evolution, see Voices for Evolution on the NCSE Web site.

Coyne calls this a "flat assertion that faith/science incompatibility is a 'misconception'."

I don't think Coyne got past the heading ... something any academic should know is poor reading technique. In fact, the site is saying that it is a misconception "that one always has to choose between science and religion." Words are generally considered important in reading and, as far as "flat assertions" are concerned, that "always" is particularly so.

Just recently, Coyne even allowed that those who are "not a raving 'God-poofed-us-into-being' creationist'" might be qualified to be scientists at fairly prestigious academic institutions but, for some reason, talking about it is a bad thing.
.
Link - Posted by John Pieret @ 7:29 AM

Comments:
I left a comment on that thread, which I'm trying not to do anymore.
I like Josh and others, but I don't want to get too caught up in pointless comment thread arguments when there's far more productive uses of my time.
So I'm working hard to wean myself from that - I'd been doing so well too. You're part of my 12-step program John!

Yeah, I long ago quit spitting into the hurricane that is PZ's comments section (and that Coyne's is beginning to resemble).

Glad I can be of help.

Thanks, but I'll still comment here as long as John allows it.