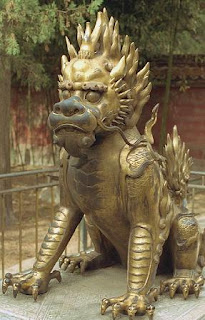 Michael Berkman and Eric Plutzer, professors of political science at Penn State, have done a survey of 926 public high school biology instructors that has been published in Science.

They found only about 28 percent of those teachers consistently implement National Research Council recommendations calling for introduction of evidence that evolution occurred, and craft lesson plans with evolution as a unifying theme linking disparate topics in biology.

In contrast, Berkman and Plutzer found that about 13 percent of biology teachers "explicitly advocate creationism or intelligent design by spending at least one hour of class time presenting it in a positive light." Many of these teachers typically rejected the possibility that scientific methods can shed light on the origin of the species, and considered both evolution and creationism as belief systems that cannot be fully proven or discredited.

The remainder, that the authors call the "cautious 60 percent," tend to avoid any controversy over evolution by employing one or more of three strategies:

Some teach evolutionary biology as if it applies only to molecular biology, ignoring an opportunity to impart a rich understanding of the diversity of species and evidence that one species gives rise to others.

Using a second strategy, some teachers rationalize the teaching of evolution by referring to high-stakes examinations.

These teachers "tell students it does not matter if they really 'believe' in evolution, so long as they know it for the test," Berkman and Plutzer said.

Finally, many teachers expose their students to all positions, scientific and otherwise, and let them make up their own minds.

This is unfortunate, the researchers said, because "this approach tells students that well established concepts can be debated in the same way we debate personal opinions." ...

Berkman and Plutzer conclude that "the cautious 60 percent fail to explain the nature of scientific inquiry, undermine the authority of established experts, and legitimize creationist arguments." As a result, "they may play a far more important role in hindering scientific literacy in the United States than the smaller number of explicit creationists."

The only question is whether we should start studying Mandarin or Cantonese.
.
Link - Posted by John Pieret @ 8:34 PM

Comments:
The only question is whether we should start studying Mandarin or Cantonese.

I think Joss Whedon was also dropping a hint by having characters in Firefly and Serenity break into Chinese occasionally.

Not too sure that the rise of China is due to the poverty of evolution teaching in high schools.

Looking back to the dim and distant past; evolution wasn't mentioned much when I studied biology at secondary (UK equivalent of high school) school in the 1960s.

We did sensible things, such as cutting up eyeballs and toads and checked on chicken embryo development in the egg (you carefully cut away part of the shell and watch). The important experiment was, of course, fermenting grape juice into poor quality wine.

As for crafting a lesson or lessons to show how evolution works, this might be beyond a lot of teachers.

Not too sure that the rise of China is due to the poverty of evolution teaching in high schools.

But it will do a lot to prevent us from more-or-less keeping up with them ... especially if all the prognosticators are right that this will be known as the "Biotech Century."

Anyway, you don't really think I'd let a good laugh line get away just because of reality, do you?