In the Land of Mary 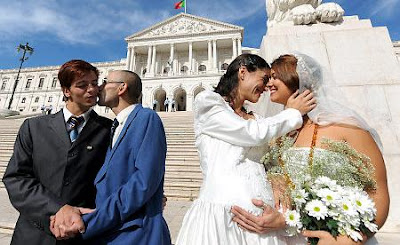 It's nice to see a sane state legislator for a change, especially when it involves a bill that would legalize same-sex marriage in Maryland:

"I walked into committee and what I heard from the opposition to the bill was appalling," Brochin said. "It was disgusting. I heard that homosexuals and same-sex couples were androids. I heard that they were pedophiles. I just heard hate and venom coming out of that hearing for eight hours."

Previously, Brochin has opposed same-sex marriage bills. He cited use of the word "marriage" as a reason for his opposition. ...

Comments:
It's nice to see a sane state legislator for a change,...

No kidding. Kittleman was the Minority (ie Republican) Leader of the State Senate and proposed a civil union, not marriage, law. For that indiscretion he was forced to resign his leadership within a week.

Brochin is a Democrat though, so he might be around for longer