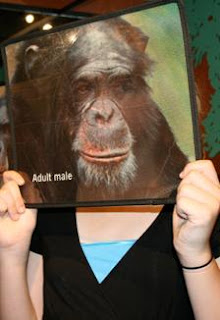 The producers of the documentary Kansas vs. Darwin, about the 2005 kangaroo court hearings held by the creationist majority on the state board of education, that resulted in the board's "redefinition" of "science" and, ultimately, lead to the election defeat of enough of the majority members to bring the standards back to sanity, have made the film available free on the web for a limited time (until March 12th) in honor of Darwin's birthday.

It is a well done documentary where the protagonists were allowed to speak for themselves. Of course, the opponents of the changes to the draft standards produced by the educational experts were talking about science and the proponents, especially towards the end, were revealing their sectarian religious motives for the changes. Pedro Irigonegaray, the attorney who represented the pro-science side, while refusing compensation because the whole exercise was robbing money from the educational system that could be better spent on the state's children, was particularly impressive, even though the creationists thought him "rude" for asking witnesses pointed questions about their motives. A particularly notable moment was the juxtaposition of board member Connie Morris whining about being called stupid in "vulgar" terms while Irigonegaray was recounting the death threats he had received.

You can also catch a glimpse of Josh Rosenau of Thoughts from Kansas in the audience at around minute 63:15.

In any event, it's well worth the look and the video is so good that it can be watched comfortably in "full screen."
.
Link - Posted by John Pieret @ 4:19 PM

Comments:
It's only march 9th, and it's no longer working (assuming it was previously).

Oh, well. They had no duty to make it available in the first place so they can pull it when they want too.

It was working back when I posted about it. I watched it myself.