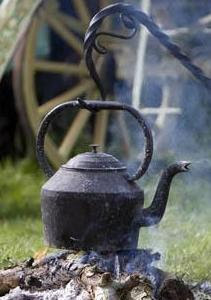 Ooh! This is interesting!

Tom Ritter, the ridiculous, but unmotivated to lie, looney toons who is suing the Blue Mountain (Pennsylvania) School District for teaching evolutionary science, which he alleges is the same as teaching atheism, is claiming that the Discovery Institute has asked him to drop the lawsuit because he will lose.

The funny thing is that the equally ridiculous Casey Luskin is over at the Discovery Institute's Ministry of Misinformation complaining that Eugenie Scott, the executive director of the National Center for Science Education, was consulted by University of Kentucky faculty about Martin Gaskell's application to be director of its observatory. Luskin calls her "Chief of Darwinian Thought Police." It should be noted that Scott actually gave the UK faculty some good advice back then but Luskin is now complaining about her statements after the story of the lawsuit broke, when a lot more attention was paid to Gaskell's position on the science of evolution.

Of course, the DI has good reason to want Ritter to go away. Ritter also wants to abolish public schools and says things like:

Thus once parents of children protest that the public schools' charging no tuition infringes on their constitutional rights, the public schools are from that point on, acting illegally; they have become outlaws.

As Luskin admits in his article, he already has trouble being taken seriously. Having Ritter on his "side" can't help.

Be that as it may, it seems the DI has no problem being the Thought Police of the movement to evade the Constitution and sneak creationism into taxpayer funded schools.
.
Link - Posted by John Pieret @ 12:29 PM

They didn't pin Gaskill down on his beliefs - probably didn't know how to look for them. That allows Gaskill to play the victim while being vague about the ID support I found.

Someone needs to directly challenge him on that.

﻿Wow that was strange. I just wrote an very long comment but after I clicked submit my comment didn't show up. Bleak! Anyway, just wanted to say great blog!
My spouse and I often publish guest articles for other web site owners to help increase publicity to our work, as well as provide good content to site owners. It really is a win win situation! If you happen to be interested feel free to contact me so we can discuss this further. Thank you!