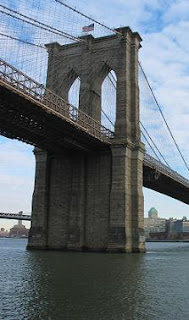 Hee! David Klinghoffer is at it again! The Discovery [sic] Institute drone most likely to deliver a confused screed has again proven his special talent in that regard. He begins:

Could it be a trend, with critics of intelligent design and others outside the familiar world of ID's friends and advocates at last realizing that ID isn't merely NOT the same thing as creationism?

Few, if any, critics of intelligent design have thought ID is merely the same thing as creationism. We've known for a long time, as confirmed so spectacularly by Barbara Forrest during the Kitzmiller case, that ID is creationism that is dishonest.

Be that as it may, Klinghoffer tries to take advantage of the willingness of a couple of people to contemplate what ID would be like if it wasn't a disingenuous political movement to "make room" for conservative religious belief in public school science classes, to argue that it isn't religious at all.

Jack Scanlan is a second year university student in Oz who has a highly recommended blog called Homologous Legs. But Jack is young and did not go through the creationism wars of the 1980s and 1990s. I admire his willingness to take ID at its word but I have too much experience not to be more cynical.

I know nothing of James Kirk Wall, but his idea that anyone is saying that there are only "two alternatives in this debate; nothing vs. Christianity" reveals a deep ignorance of the whole kurfluffle ... including the views of people like Ken Miller and those at Biologos.

But back to Klinghoffer. First of all, he extols George Bernard Shaw's dislike of science's "damnable reduction of beauty and intelligence, of strength and purpose, of honor and aspiration" and, instead, hypes his idea of "enchantment." Of course, Klinghoffer fails to note that an acceptance of evolutionary science does not require an acceptance of extreme scientific reductionism, as any number of philosophers could tell him if he bothered to educate himself.

Instead, he has, in the past, appealed to the feelings of his eight year-old son towards Dungeons & Dragons ... as if that deprived science of the "enchantment" that even the most materialist scientist finds in the physical world. More importantly, Klinghoffer conflates "religion" with "orthodox religionists."

As usual of late with the DI, Klinghoffer cites to Alfred Russel Wallace's belief in "the existence of a spiritual world." If that doesn't qualify as "religion" for purposes of the Constitution, would Klinghoffer endorse the teaching of the scientific validity of seances, as Wallace advocated, while creationism remains banned?

Comments:
"Klinghoffer fails to note that an acceptance of evolutionary science does not require an acceptance of extreme scientific reductionism, as any number of philosophers could tell him if he bothered to educate himself."

Philosophers? Has he died so long ago that nobody remembers a guy who was once probably the most publicly prominent evolutionary biologist of his time who had scant regard for reductionism allied to a great capacity for expressing the wonders of evolutionary biology?

I refer, of course, to Stephen Jay Gould. Funny thing is, I came to an interest in this stuff when I was loaned a copy of The Flamingo's Smile and read the rest of them in quick succession, so I had an innoculation against over much reductionism.

Another guy who's a poster boy for evolutionary biology being more than reductionism is Neil Shubin, who, while his lab delves into the details, ties them all up for a big picture.

You're quite right about Gould ... but, then again, I'd consider him a philosopher for all the thought he gave to things not strictly "scientific."

John Pieret,
Before you criticize James Kirk Wall perhaps you should actually read his article.
“Evolution vs. Creationism has been an argument since Charles Darwin published Origin of Species, but are there only two alternatives in this debate; nothing vs. Christianity?”
The only thing he’s arguing IS that there is more to the debate.

I did read it. He is arguing that there are only two choices of what might be right and simply saying he doesn't know which one is correct. But there are many more choices than that.

He's arguing that there are only 2 choices? Wrong again. And all he is saying is that intelligent design is religiously agnostic, as in not tied to any specific religion.

"Evolution vs. Creationism has been an argument since Charles Darwin published Origin of Species, but are there only two alternatives in this debate; nothing vs. Christianity?
No, this kind of black and white thinking does nothing to further our understanding. There is a medium between Biblical creationism and nothing called Intelligent Design."

But when you say that the "medium" is "I don't know which one is right," you are still left with the two choices of what is right.