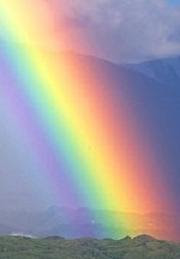 The author of God is Not Great: How Religion Poisons Everything said that he is a "guinea pig" for a new personalised medicine partly developed by Dr Frank Collins, a geneticist with very strong religious views.

The two had often met in the past as adversaries in the debate about whether God exists.

Against the odds they had become friends.

Now Hitchens is one of the few people in the world who has had his entire genetic make up mapped and is receiving a new treatment that targets his own damaged DNA.

"These are early stages, but in theory it should attack the primary site of the tumour.

"If that does happen, it won't just be good news for me, it will be very exciting in the general treatment of cancer."

Dr Collins is a former director of the National Human Genome Research Project and is now the director of America's National Institutes of Health.

He is the author of a bestselling book, The Language of God: A Scientist Presents Evidence for Belief.

"It is a rather wonderful relationship,' said Hitchens.

"I won't say he doesn't pray for me, because I think he probably does; but he doesn't discuss it with me.

"He agrees that his medical experience does not include anything that could be described as a miracle cure – he's never come across anything."

Comments:
Aren't these little examples of goodwill and co-operation in spite widely divergent beliefs far more encouraging than the continual confrontational carping that seems to be the usual fare between believers and nonbelievers? Isn't it here that human beings are at their best, when they just try to help and support each other in time of need?

What unites us as humans is stronger than the ideas that separate us ... if we let it.

Asimov had a tale of a robot that decided that, while mangy humans with all of their biology surely did evolve, it must have been designed. And no, not by those silly evolved humans.

The humans feared that the robot would happily kill them off, either negligently or on purpose, but as the robot had instructions "from god" to do everything right, it in fact went on as before he'd had his "revelation," and everybody was as pleased as the cat with canary feathers stuck in its teeth.

I always thought that was a pretty good story.

3 That is Watched Important Commercials