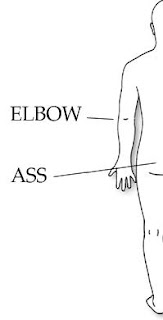 This is pretty funny.

The European Court of Human Rights recently reversed itself and permitted crucifix displays in public schools and courtrooms in Italy.

The Italian Federation of Evangelical Churches called the ruling “a decision that does not fully realize a secular state” and “baggage from a society dominated by Catholic culture.”

You see, crucifixes, which include a depiction of the dead body of Christ, are a Catholic or Orthodox symbol, while Protestants use crosses sans remains.

As Rob Boston points out:

So, the ACLJ and the ADF are celebrating a court ruling that elevates a majority faith and actually takes away the rights of minority evangelicals. These Religious Right zealots are so obsessed with opposing secular government they’re willing to throw their own coreligionists under the church bus. Yet, both groups expect us to believe that they don’t want religious majority rule in America.

The other possibility is that the people at the ACLJ and the ADF really are so stupid that they don't know the difference between crosses and crucifixes or the sectarian significance of each.

Comments:
Oooh, fascinating. I had pointed out the Catholic-preference (ie. as opposed to Christianity-in-general) of this decision in comments elsewhere, and it's (grimly) gratifying to have it confirmed. Thrown under the bus, indeed.

I recall a quip someone once made on t.o: a Mormon in Utah and a Baptist in Alabama don't really see the point of all this fuss about secularism. But make those guys trade addresses, and they get the point PDQ.

... a Mormon in Utah and a Baptist in Alabama don't really see the point of all this fuss about secularism. But make those guys trade addresses, and they get the point PDQ.

And they don't even have to go so far as Italy!

Yes, but distance would be a poor reason to reject a trip to Italy in favour of one to Alabama or Utah.

I can understand them being a little cross about the decision...