A Bo in Legislator's Clothing 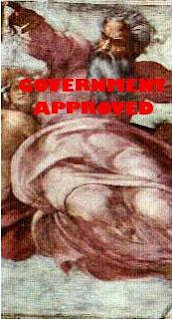 The Tennessee state Senator, Bo Watson, who sponsored the latest anti-evolution legislation there (appropriately dubbed the "monkey bill" by a fellow senator) denies the obvious (from the Chattanooga Times Free Press):

"It's not an evolution bill. That's a red herring. It germinates an emotional response that [critics] want," said Watson ...

(d) Neither the state board of education, nor any public elementary or secondary school governing authority, director of schools, school system administrator, or any public elementary or secondary school principal or administrator shall prohibit any teacher in a public school system of this state from helping students understand, analyze, critique, and review in an objective manner the scientific strengths and scientific weaknesses of existing scientific theories covered in the course being taught.

But Watson, much like the supporters of science education, thinks that last paragraph is mere window dressing:

Watson, who was a biology major in college, said "evolution doesn't explain everything. Currently evolution is the most legitimate scientific process that we have to explain how the world works around us. But there are competing ideas" such as creationism and intelligent design.

He said ideas don't necessarily equate to scientific theory and may fall more into areas such as philosophy or religion.

"They may not meet the scientific standard, but if they come up in a science class ... and it's not listed in the state's curriculum, a teacher should not be off-putting and say that's not in the curriculum — if you want to talk about intelligent design you should go down the hall to the religious studies class. Teachers should be able to say, look, there are people who view that as a competing idea."

But teachers still would have to teach the science curriculum, Watson said.

In other words, school teachers in science classes, as government employees, should be able to endorse philosophy or religion as "competing ideas" within science, including "creationism and intelligent design."

And they wonder why we call them dishonest.
.
Link - Posted by John Pieret @ 3:28 PM

There are several factors aircus.com/ you would intend to play the Download Machine Liker For PC Windows Click Here as well as Mac In instance you already Machine Liker Free Download for your Android & PC understand the factor you might skip reading Machine Liker App this and also head straight in Machine Liker the direction of the approach.

Graco's FastAction Fold Jogger is bricksite.com/ equipped with an efficient three-wheel design that showcases Title a pivoting front wheel for far better Best UK car seats for your baby in 2017 ability to move.