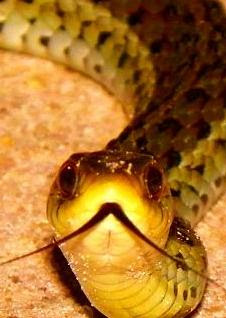 Casey Luskin, however, shows no signs of even trying.

He is over at the public relations outlet of the Discoveryless Institute misrepresenting, in every possible way, the recent Synthese affair.

If you are unfamiliar with the flap, you can catch up in these posts by John Wilkins:

A boycott of Synthese

Us, them and the real issue

In brief, a special issue of Synthese, "Evolution and Its Rivals," was published on line in 2009. It was edited by Glenn Branch, Deputy Director of the National Center for Science Education, and James H. Fetzer, McKnight Professor Emeritus University of Minnesota Duluth. Afterwards, the editors in chief of Synthese raised questions about one of the articles, by Barbara Forrest, which was critical of Francis Beckwith's claim that he was never a supporter of Intelligent Design.

Without notifying the editors of the special issue or any of the authors, the editors in chief inserted a disclaimer in the print issue, which only recently came out, "that some of the papers in this issue employ a tone that may make it hard to distinguish between dispassionate intellectual discussion of other views and disqualification of a targeted author or group," thus tarring all the articles in the special issue, without giving Forrest or any other of the authors the chance to withdraw their papers or revise them.

Luskin's first misrepresentation is that the "NCSE Tries to Blacklist Synthese for Upholding Civility." Neither Glenn Branch nor the NCSE tried to "blacklist" Synthese or its editors in chief. Brian Leiter, a University of Chicago law professor who directs the Center for Law, Philosophy and Human Values at the university, called for readers of his blog to stop submitting to Synthese and stop refereeing for them ... in short, to boycott the journal.

Nor was the issue leading to the call for a boycott that the editors in chief supported "civility." It was the underhanded way they smeared authors about whom no questions of "civility" had ever been raised, not to mention that Forrest was never warned of the action before it was taken.

I suppose, though, in a sense, Luskin was right that Wilkins "wrote one of the more uncivil articles" in the special issue, since he called creationists "rational" ... while Luskin spends most of his time striving mightily to prove him wrong.

Update: The editors in chief of Synthese have published a non-response to the flap, which is being vigorously debated here (if you don't see Larry Laudan's complaints about Robert Pennock's article, complete with quote mining, be sure to click the "Show more comments" link at the bottom).

Update II: Brian Leiter has also weighed in on the Synthese editors in chief "response" and is asking for comments.
.
Link - Posted by John Pieret @ 10:16 PM

Comments:
In one of his memoirs of WW2, IIRC 'Mussolini: His Part in My Downfall', Spike Milligan describes one of his batterymates (he was a gunner) as "Out of his tiny mind with bullshit."

It is a phrase that I find increasing cause to call to mind in respect of folk like Casey Luskin or any number of known Republicans who've been lying so long about so much they are simply rendered senseless by the BS floating about in their brains.

I can, BTW, very heartily recommend Milligan's memoirs of the War for more than just their utility in encapsulating the Attack Mouse of the DI. They start off with 'Adolf Hitler: My Part in His Downfall', into 'Rommel? Gunner Who?' and then 'Mussolini: His Part in My Downfall'. They have the great virtue, in addition to hilarity, of being brief. And he did his homework, so that places, names (other than deliberately altered) and other such details are accurate.

Immunity in many situations you want good immunity maybe you can turn this mechanism on to enhance it but there's a flip-side impatience withproinflammatory are autoimmune disease we need to turn off inducted as immuneHansmann to prevent exacerbation a pathological immune reactions so far .