Where You Can Get It 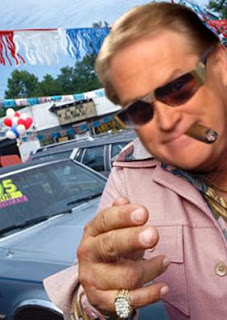 Anika Smith, the tankwoman in pink of the Discovery Institute, is all excited about the possibility that Intelligent Design Creationism might be on the rise among Scottish university students. She cites to an article in the Times Education Supplement that notes that “[o]ne in 20 first-year biology students at Glasgow University don’t believe in the theory of evolution.”

If that's what she thinks is a rise, it doesn't take much to be her significant other.

And even that doesn't represent those who believe in ID:

When asked why they rejected evolution, 41 per cent said they believed there was an alternative explanation for the diversity of life, while a third said they simply had insufficient knowledge of evolution.

In other words, about two percent of Scottish high school graduates have bought into ID. And why is that?

The findings come a year after the Scottish Qualifications Authority faced criticism from biology teachers for not including evolution and ecology in the new Higher biology syllabus.

If convincing two percent of the ignorant is cause for celebration in Seattle, ID is truly decrepit, except as a political and public relations exercise.
.
Link - Posted by John Pieret @ 8:39 PM

Comments:
I see Jonathan M is proclaiming the same glad tidings over at Uncommon Descent. For some reason, the words 'clutching' and 'straws' came to mind.

You have to take your comfort where you can get it.