Casey at the Batty 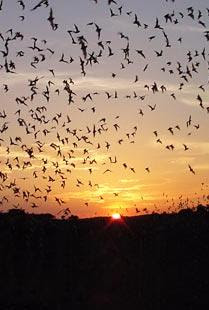 Amusingly, he accuses those who opposed the Synthese "disclaimer" of engaging in "conspiracy theories." This from the Gofer General of the Discovery Institute, the entire purpose of which is to propagate the notion that the scientific community, mislabeled "Darwinists," is engaged in a vast conspiracy to deny the "scientific" status of Intelligent Design Creationism.

Luskin even explains the origins of conspiracy theories:

People often invent conspiracy theories when they feel dejected and disenfranchised, but are unwilling (or politically unable) to admit the possibility they are wrong. Such theories are often an attempt to save face by inventing opponents who can then be blamed.

Now, who does this describe better, Barbara Forrest, whose take on ID has received widespread support within the philosophical and scientific communities, including from the editors-in-chief of Syntheses, despite any quibbles about "tone," or the creationists, who have been frustrated at every turn by the courts, starting with Epperson v. Arkansas; through McLean v. Arkansas Board of Education; Edwards v. Aguillard (and the rise of "cdesign proponentsists"); and culminating in Kitzmiller v. Dover Area School District?

John S. Wilkins, subsequently wrote a post on PandasThumb asking, "Did Synthese bow to Intelligent Design pressure?" and suggesting that "[p]erhaps threats of legal action were made against the journal or the editors."

Similarly, Barbara Forrest ... apparently believes that William Dembski was behind some kind of campaign to turn the journal against her [because she was critical of Dembski, as well as Beckwith, in her article].

Now, however, the New York Times has picked up on this story and recently reported that there was no evidence of such pressure from ID proponents like Dembski, nor were there legal threats.

Of course, Luskin ignores the EiCs own statement, published just a day after the New York Times article, that admitted they had "received messages that we take seriously as legal threats." They only denied, in weasel words, that the threats came from "Christian philosophers." Now, just who could those threats have come from but ID proponents? At the very least, it is reasonable to suspect that IDers were the source. A suspicion, stated as such, based on known facts and a reasonable assessment of motives is not a conspiracy theory.

No, John, his theory is that all those philosophers are are engaged in a _conspiracy_