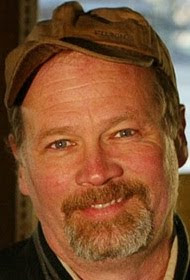 Kenneth R. Miller, author of Finding Darwin’s God and Only a Theory - Evolution and the Battle for America's Soul, as well as, with Joseph Levine, of the widely used high-school textbook, Biology, has been announced as the recipient of the 2011Stephen Jay Gould Prize.

Awarded by the Society for the Study of Evolution to “recognize individuals whose sustained and exemplary efforts have advanced public understanding of evolutionary science and its importance in biology, education, and everyday life in the spirit of Stephen Jay Gould,” Miller clearly deserves it, given his tireless efforts combating creationism.

There is, however, a small irony. In Miller's Finding Darwin’s God, he was quite critical of Gould, holding him responsible for the use by creationists of Punctuated Equilibria, and Gould's rhetoric in support of it, to call evolutionary science into question.

I thought at the time that the criticism was rather unfair. If there is one thing that is impossible in this life, it is saying anything interesting about science that cannot be twisted by creationists.

Comments:
It's not just creationists. You realize that, by awarding the prize to Kenneth Miller, the Society for the Study of Evolution now risks being denounced by Gnu Model Atheists as - (gasp) - accommodationists? Prepare for much wailing and gnashing of teeth on Pharyngula.