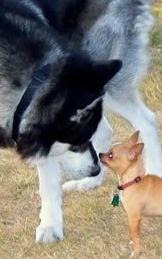 Recently, Hawking said that heaven is "a fairy story for people afraid of the dark."

Cameron calls in a real expert! ...

John Lennon wasn't sure. He said to pretend there's no heaven. That's easy if you try. Then he said he hoped that someday we would join him. Such wishful thinking reveals John and Stephen's religious beliefs, not good science.

Comments:
But that's kind of an easy contest, isn't it?

On the other hand, Hawking's total embrace of M-theory as THE answer has more than a few people scratching their heads.

If the critics are to be believed - and that includes an editorial in NewScientist - It's not like any flavor of string theory has given us empirical evidence to work with beyond math that is apparently elegant.

Some might even call it a kind of faith.

Many are quick to point out that the problem with calling that kind of belief faith is that faith will willingly take on the absurd position if there is evidence that proves the theory false. Faith continues in defiance of all empirical evidence. Scientists will usually drop a scientific theory if it is proven wrong or absurd. (I will leave some breathing room for those who fight against the evidence because they don't want to forfeit their life's work. I don't know much about the history of science but I can guess there are some who would do this.)

I don't know much about the history of science but I can guess there are some who would do this.

There have been many. The advantage of science is that no one person has, ultimately, the the say-so of what science is or what its results means.

Sure, but that's not what's going on with Hawking and m-theory.