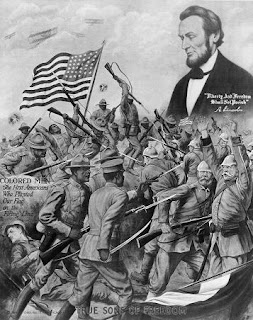 Via Dispatches From the Culture War, the President, the Secretary of Defense, and the Chair of the Joint Chiefs of Staff have certified that the men and women who we trust to fight and, if needs be, die in order to (in theory, at least) protect all Americans' rights, are grown up enough to themselves accept that gays and lesbians have rights too. The White House press release:

Today, we have taken the final major step toward ending the discriminatory 'Don't Ask, Don't Tell' law that undermines our military readiness and violates American principles of fairness and equality. In accordance with the legislation that I signed into law last December, I have certified and notified Congress that the requirements for repeal have been met. 'Don't Ask, Don't Tell' will end, once and for all, in 60 days—on September 20, 2011.

As Commander in Chief, I have always been confident that our dedicated men and women in uniform would transition to a new policy in an orderly manner that preserves unit cohesion, recruitment, retention and military effectiveness. Today's action follows extensive training of our military personnel and certification by Secretary Panetta and Admiral Mullen that our military is ready for repeal. As of September 20th, service members will no longer be forced to hide who they are in order to serve our country. Our military will no longer be deprived of the talents and skills of patriotic Americans just because they happen to be gay or lesbian.

I want to commend our civilian and military leadership for moving forward in the careful and deliberate manner that this change requires, especially with our nation at war. I want to thank all our men and women in uniform, including those who are gay or lesbian, for their professionalism and patriotism during this transition. Every American can be proud that our extraordinary troops and their families, like earlier generations that have adapted to other changes, will only grow stronger and remain the best fighting force in the world and a reflection of the values of justice and equality that the define us as Americans.

If you have to go out today, you might want to consider bringing a raincoat ... wingnut heads may be exploding everywhere.
.
Link - Posted by John Pieret @ 9:24 AM

Comments:
tell that story to the African Americans and Spanish Americans ... did NOT need any umbrella, Sir !

I am very excited to be able to get this very useful information, This is one of the best articles I just found today, I hope you keep updating other information that is still related to this, I'm really looking forward to something new like that, Thank you very much because you have shared this news to us all, best regards

given article is very helpful and very useful for my admin, and pardon me permission to share articles here hopefully helped :

may be useful for all, helpful article once and pardon me permission to share also here :

Thank you very much because you have shared many things through this article that you write this
I am very happy, because with this article, I find it easier to find interesting information about this

If you have a history of illness that is difficult to recover, maybe our next article will help you to recover

The post is written in very a good manner and it contains many useful information for me :

I am happy to be here and this wonderful article. I have found here lots of interesting information for my knowledge I need. all the details you provide to us, it was very helpful and useful, thanks for sharing this amazing post.

I can only express a word of thanks. Because with the content on this blog I can add knowledge I, thank has been sharing this information. Do not forget to visit our website to share information and knowledge about health.
obat kliyengan alami
cara mengatasi penyakit pes
distributor gamat emas kapsul
cara mengobati sakit kepala

I can only express a word of thanks. Because with the content on this blog I can add knowledge I, thank has been sharing this information. Do not forget to visit our website to share information and knowledge about health.
obat kliyengan alami
cara mengatasi penyakit pes
distributor gamat emas kapsul
cara mengobati sakit kepala

It's great that the article thank you for uploading, hopefully useful for writers and those who read