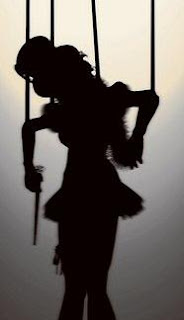 Michelle Goldberg, whose book, Kingdom Coming: The Rise of Christian Nationalism I've witten about a few times before, has an article at The Daily Beast concerning the real power behind The Hairdo.

In Texas political circles, the fact that Perry owes his career to [James Leininger, an archconservative San Antonio multimillionaire] is well known. Leininger has consistently been a top Perry donor and even financed Perry's first campaign plane. "Time and again, the political and personal fortunes of James Leininger and Rick Perry have intertwined," says a new report from Texans for Public Justice, an Austin-based group that tracks the influence of money and corporate influence in Texas politics.

At the same time, Leininger also helped bankroll the transformation of the Texas GOP from a merely conservative party to one dominated by religious fundamentalists. ...

Leininger is a physician who became a multimillionaire thanks to founding a company, Kinetic Concepts, which distributes specialty medical beds that rotate to prevent bed sores. He went on to diversify into other businesses, including Promised Land Dairy, which sells milk in bottles printed with Bible verses, and eventually amassed a fortune of hundreds of millions of dollars. ...

He's been a particular foe of secular public education, pouring millions into primary challenges against Republicans who failed to support school vouchers, and funding school board candidates who push creationism and a Christian nationalist view of American history.

Oh, yes ... in case anyone is wondering ... Perry's stated beliefs on evolution and science in general are important ... if for no other reason, to get an idea of just who is pulling what strings.
.
Link - Posted by John Pieret @ 11:14 PM

Comments:
At this stage, the only question in a few years will be whether America is best described as a plutocracy or a theocracy. Democracy is so passé in America today, particularly with right wingers starting to target allowing the poor to vote.

1) I really miss Molly Ivins, who would have had much to say about Perry; none of it good and all of it memorable.

1) Mike from Ottawa, sadly, U.S. history is replete with those who worked to prevent the poor from voting. Plus ca change, etc. (I'm thinking it will be a plutocracy.)