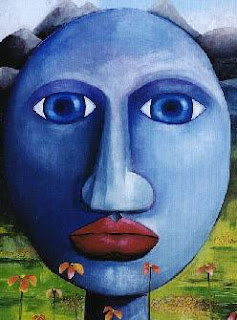 Ellis Washington, (one of) Ed Brayton's favorite wingnut punching bags, is over at (where else?) WingNut Daily, making the usual fool of himself ... as well as nursing old grievances:

If evolution is so scientific, factual and beyond all rational argument, then why do the proponents of Darwinian evolutionary theory systematically lie about their findings, block and defame other scientists with contrarian ideas like Intelligent Design, creationism and natural law, and in the name of "academic freedom" dominate the majority of the academic journals and university professorships with a Stalinist grip? What of derivative theories of evolution like the Big Bang theory – that all matter and living things in the universe, including mankind, came about 13.7 billion years ago from an explosion? I'm not a scientist, but I was taught in elementary school that explosions destroy things, not create them.

There is exactly one thing right about the above paragraph. Washington is no scientist ... and hasn't a clue about what science is. To drive home the point, via a sledgehammer, right in the middle of Washington's rant, WND put a link to, of all people, Ray (Banana Man) Comfort's "Evolution: A Fairy Tale for Grownups."

The occasion for Washington's rant is the old news about Granville Sewell's fraud upon the journal Applied Mathematical Letters, in which he passed off old material as if it was an original paper fit for publication in a scientific journal. Because of poor peer review at Applied Mathematical Letters, it had, at first, accepted Sewell's paper and, when they were alerted to their mistake, withdrew it. For this original error in judgment, the publisher wound up paying Sewell $10,000 in "shoo fly" money.

Amusingly, this is Washington's "defense" of Sewell:

Sewell did not present Intelligent Design arguments, but postulated that there are certain forms of complexity most people agree will not happen under a natural, unguided environment.

Of course, postulating that there are certain forms of complexity that will not happen under a natural, unguided environment is the sum total of Intelligent Design. The fact that Sewell didn't use those words is just a piece with the dishonest tactics developed to sneak creationism into public school science classrooms (no small part of which is sneaking vaguely ID papers into the scientific literature as a PR tool) that gave rise to the "cdesign proponentsists" in the first place. That, in turn, is the importance of that "most people agree." Grade schoolers and high schoolers and others mostly ignorant of science (such as Washington) can go on believing whatever they want to without any pesky facts from annoying scientists getting in the way. But that is the very point of education ... not necessarily to change the student's mind, but to give him or her the information that makes having a mind a useful thing ... something Washington wouldn't know about.

But as to Washington's old scores, what has really got his knickers in a knot is his own failures. He starts his article with a quote from that intellectual giant, Ann Coulter:

Liberals defend the guilty and impugn the innocent not only because they side with barbarians, but because a fair and just system of law challenges their hegemony as judges of the universe.

What the heck that is supposed to have to do with evolutionary science is beyond me ... but not, apparently, beyond the delusional. Speaking of whom, here is Washington's real rational for his piece:

I can personally testify to this widespread intellectual discrimination against conservative thought in academic journals. As a conservative academic, I've written over a dozen law review articles; half of those papers were rejected at the 11th hour after having been accepted for publication, cite-checked, edited and peer-reviewed. In some cases I was forced to have my work published with another law journal. For example, in a 2010 law review article, "The Delinquencies of Juvenile Law: A Natural Law Analysis," after being accepted then rejected by an American law journal for no rational reason, I was forced to publish this work in a Romanian journal – the former communist country of the murderous dictator Nicolae Ceausescu. How's that for irony?

Here is the abstract of the paper:

This article is a substantive analysis tracing the legal, philosophical, social, historical, jurisprudence and political backgrounds of juvenile law, which is an outgrowth of the so-called Progressive movement-a popular social and political movement of the late nineteenth and early twentieth century. I also trace how this socio-political cause célèbre became a fixture in American culture and society due to existential child labor abuses which progressive intellectuals used as a pretext to codify juvenile law in federal law and in statutory law in all 50 states by 1925. Moreover the dubious social science and Machiavellian political efforts that created the juvenile justice system out of whole cloth has done much more harm to the Constitution and to the children it was mandated to protect than any of the Progressive ideas initially envisioned rooted in Positive Law (separation of law and morals). Finally, I present am impassioned argument for congressional repeal of all juvenile case law and statutes because they are rooted in Positive Law, contrary to Natural Law (integration of law and morals), the original intent of the constitutional Framers and are therefore patently unconstitutional.

Unfortunately, while the original is behind a paywall, the article can be found here. While I usually have a compunction to read something through before criticizing it, I simply will not sacrifice untold numbers of innocent neurons to death by stupidity. I could not get further than this:

For example [of bad things], the [Supreme] Court's removal of prayer from the public schools, legalized birth-control for everyone including unmarried minors, legalized abortion on demand, pornography (including the public libraries providing children access to pornography on the internet), de facto legalization of homosexuality, severely limited religious freedom of speech, and outlawed the posting of the Ten Commandments in the public schools.

Behind these radical court decisions are a cabal of well-organized, well-financed and diverse group of progressive politicians, socialists, fascists, anarchists, communists, atheists, agnostics, secularists, leftist special interest groups, and their supporters which were becoming increasingly hostile to America's traditional notions of family, morality and respect for the historical and substantive influence that Christianity and the church has played in controlling the marketplace of ideas.

Paranoia and religion are a deadly mix.

As I said in the comments over at WND (for however long it lasts):

As any "attorney" should know, the "guilty" don't achieve that status until they have had a fair trial, which includes having competent counsel.

John Adams, at great personal and professional risk, defended those British soldiers "everyone knew" were guilty of the Boston Massacre. Damn liberal Founders!

It is not at all ironic that your anti-democratic (small "d") rantings could only find a place in a country with so little experience of the concept.

P.S. Congratulations to my longtime acquaintance from talk.origins, Wes Elsberry, on his achievement of skeptical validation by being attacked in the official organ of the planet of Wingnutia.
.
Link - Posted by John Pieret @ 9:56 AM

Comments:
Somehow that reminds me of the recent debate about dominionism, which doesn't exist and hasn't influenced anyone (if you believe the Christian right). Just because people like Washington think that the separation of church and state is a "pseudo-legal doctrine" and want to go back to a bible-based law doesn't mean that they're in any way, shape, or form in favour of theonomy, that is just coincidental.
Slacktivist wrote a few posts about dominionism, e.g. here and here.

I wonder if anyone at that Rumanian journal reads English. Perhaps they just realized it was in English and published it to expand their readership.

It may also be that the reviewers of the Romanian journal were sufficiently unfamiliar with U.S. politics that they didn't recognize just how wrong Washington's paper was.

OffTopic (as usual)
I simply will not sacrifice untold numbers of innocent neurons to death by stupidity.
Great - now you know why I dont read theology. I got dynamics of faith and had to stop at "Faith is the state of being ultimately concerned"

now you know why I dont read theology

Yeah, but I won't criticize Washington's legal argument beyond the part that I've read either.

@John
So I don't criticize Tillich beyond - does any (non-theologian) believer actually think faith is the ultimate concern or can the believer even explain what it means?