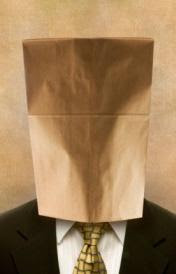 Via PZ Megahertz, comes this monumental misunderstanding of the point:

A Kansas high school teacher is apologizing after parents complained because she stepped on an American flag while discussing free speech rights in her class. ...

Cherie Davis, a parent of a Circle student, complained to school officials. ...

... Davis says she didn't want McKinsey to be fired but did want her to understand that the lesson would offend many people.

Uh, Cherie ... that was the point of the lesson! You don't get to silence other people merely because you are offended.

Comments:
You don't get to silence other people merely because you are offended.

... Unless you live in the benighted state of Kansas.

... or the United Kingdom according to this adjudication from the British Advertising Standards Authority:

In its adjudication, the ASA found that ‘although the ads were intended to be light-hearted and humorous… [they] gave the impression that they were mocking and belittling core Christian beliefs. We agreed that the ads were disrespectful to the Christian faith and were likely to cause serious offence, particularly to Christians. The ads breached CAP Code (Edition 12) rule 4.1 (Harm and offence).’

Marketing communications must not contain anything that is likely to cause serious or widespread offence. Particular care must be taken to avoid causing offence on the grounds of race, religion, gender, sexual orientation, disability or age. Compliance will be judged on the context, medium, audience, product and prevailing standards.

I would argue that this adjudication and the rule should be challenged be on the grounds that it is in contravention of Article 10 of the European Convention on Human Rights. There needs to be case law establishing that the giving of offense is not sufficient reason in itself to restrict freedom of expression.

...but getting a good phone plan IS a miracle!!!