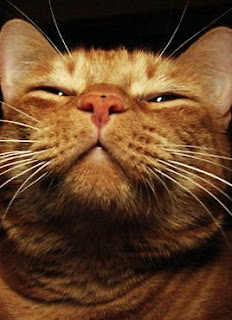 ... for an interesting article:

Among developed nations, America stands out as an exceptionally religious country. While other wealthy nations grow ever more secular, the U.S. remains devoted to religion. New research on religion, however, finds that the U.S. may not be so exceptional after all. There is growing evidence linking religiosity to income inequality—countries where there are more haves than have-nots tend to be more religious than more egalitarian societies. ...

The reason may be due to inequality. The U.S. economy is distributed much more unequally than other Western economies. By the most common measures of inequality, the U.S. is ranked as the 39th most unequal economy (out of 136 countries). The U.S. is ranked near Uganda, Jamaica, Cameroon, and Cote d'Ivoire. Turkmenistan, Mali, and Cambodia have greater income inequality than the United States. Canada is ranked 101st; the entire European Union is ranked 111th. Sweden is considered the most equal nation.

You might be thinking it is the downtrodden who flock to religious solace.

One possible explanation for this pattern is that the wealthy are more attracted to religion in unequal societies because religions can justify their elevated positions. ...

So what outlet is publishing an article suggesting that the haves smugly attend church to congratulate themselves for not being among the have-nots?

Comments:
Interesting article. But it went right over the heads of the people who chose to comment. Sad, but not surprising.

... it went right over the heads of the people who chose to comment.

I think that was kinda the point of the article.

It's nice to have a little bit of empirical confirmation for the claim that "religion is the opium of the people". But on reflection it strikes me that Marx didn't notice that the opium works on the wealthy as well as on the poor.