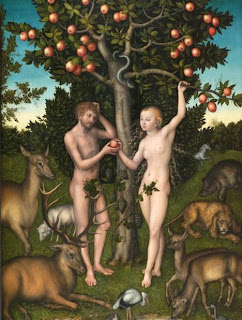 PZ Myearshertz has already noticed this but a little digging found some more information.

A Baptist minister in Florida has been holding weekly prayer sessions underneath the flagpole at Clay Hill Elementary School and three other Clay County schools. That may be, depending on the circumstances, problematic in and of itself but then the principal of the Elementary School raised the ante. Larry Davis sent a memo to his 40-member staff promoting the prayer session:

In the memo, Davis quoted from an article by Pastor Steven Andrew, which was published on the website USA Christian Ministries.

"Pastor Steven Andrew states: 'Our children need God back in schools,' and he is calling Christians nationwide to bring back the Holy Bible and Christian prayer to schools," the memo said. "The First Amendment was for Christianity, not other religions."

I think we're over the line in terms of what is allowed in the public schools for an administrator to be, in a sense, promoting this.

But insubordination wasn't enough for Davis:

Despite quoting the article from the Christian Ministries website, Davis told the Times-Union he didn't believe the First Amendment applied only to Christians.

Uh, huh! Then he takes it all back!

Davis also said he didn't see why a non-Christian would have a problem with the memorandum's language.

"This is his opinion and what he says," Davis said about Andrew's article. "To me it just looked like it all went together with the morals. I don't think it was a stretch at all for him to make those comments or for me to share them."

No one should have a problem with the notion that the First Amendment only applies to Christians? It's not a "stretch"? It's not about morals?

It's only a direct attack on the Constitution! The Law of the Land!

And does anyone ... this side of delusional ... think Davis believes anything other than that the First Amendment applies only to Christians?

Does anyone believe Davis isn't lying through his teeth?

But it's all about "morality" ... if only they could recognize it when it smacked them in the head.
.
Link - Posted by John Pieret @ 2:27 AM