The Little PZ With a Curl 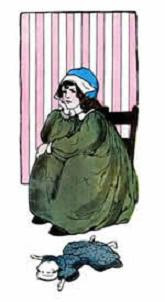 I sometimes disagree with the Megahertz but, then, other times I just have to stand back in awe when he lances the boil of muddy thinking by those who should know better.

The latest muddy should-know-better is one Jay Mathews, apparently a columnist for the Washington Post, who opined about "Santorum's good (if controversial) education idea." The gist of it is that, since he assumes that the Discoveryless Institute drones are sincere in their statements about their respect for the scientific method and about the acceptance (by some) DIers of common descent, we should teach that "some supernatural force (not necessarily God)" (huh?) should be considered in public school science classes.

When I first encountered this article this morning there were quite a few replies to comments by Mathews, which, at the moment, I strangely cannot locate. One of them was about how the DI seems to follow the scientific method. I pointed out that he should Google "Wedge Document" and see what is their real attitude about science, namely replacing science as it is presently practiced with "a science consonant with Christian and theistic convictions." That comment is nowhere to be found either.

But it is PZ who really (and joyously) demolishes Mathews and it is well worth the read.
.
Link - Posted by John Pieret @ 11:11 PM