Telling the Truth For Once 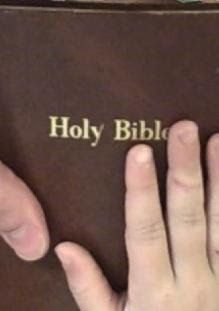 A request that in many localities has resulted in legal battles over constitutional issues arose and resolved peacefully when a group of clergy in Smyth County asked the school board to consider their offer to post the Ten Commandments in county schools at no cost to the school system. Speaking for the group, Don Medley, pastor of Brookside Baptist Church in Sugar Grove, told the school board the group would fund the project.

Posting the Ten Commandments in schools has generated controversy in many school divisions between proponents and those arguing displaying the Decalogue in public schools blurs the separation of church and state and violates the First Amendment's prohibition of state establishment of religion.Medley said the Ten Commandments were posted in Giles County schools with "no repercussion yet." Within days, however, two Giles County families announced intentions to sue the school board over its decision to display the Ten Commandments. Medley said he was aware that a suit is apparently pending in the Giles case, but it did not affect his group's interest in posting the commandment in Smyth schools.

Oh, wait! I think I know ... you can post the 10 Commandments in your church or in your home and then everyone can be "peaceful" without your sneaking around for other ways to "do" it.
.
Link - Posted by John Pieret @ 7:08 AM