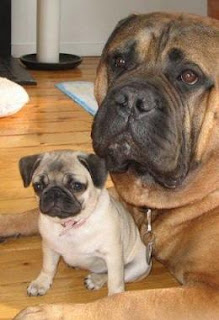 The state senate of Indiana has already secured its place among the ignoratti. But they do not toil alone. The Kiel (Wisconsin) Area School District has its own band of merry troglodytes working to lower the IQ of the local children ... Patty and Randy Kubetz.

Pattie wrote the school board last fall asking why only evolution is presented to freshmen science students. The obvious answer ... that evolution is the only scientific theory about how and why life has changed over time, apparently eluded her. Not that she's going to let that stop her!

The letter no doubt got at least one friendly hearing, since her husband Randy is a member of the school board. The interesting thing is that the Kubetzs home school their children.

Anyway, Pattie has prepared a statement she wants to be read to future Kiel freshmen:

Evolution, as a theory of the origin of life, is only one of many theories you may have heard of. Some of the most widely believed include evolution, intelligent design, creationism or the theory that life began as a series of catastrophic events, namely the Big Bang. We are studying evolution.

Pattie is aware of the Kitzmiller case:

I don’t think the case in Pennsylvania has anything to do with this. I’ve worded it very carefully so we’re not trying to teach it. It is my personal belief that we have a creator (but) I am not looking for that to be taught in the school system. That’s for parochial schools, people who choose to home school.

Worded it very carefully? Let's compare that with the language used at Dover:

The Pennsylvania Academic Standards require students to learn about Darwin’s Theory of Evolution and eventually to take a standardized test of which evolution is a part. ...

Intelligent Design is an explanation of the origin of life that differs from Darwin’s view. The reference book, Of Pandas and People, is available for students who might be interested in gaining an understanding of what Intelligent Design actually involves.

With respect to any theory, students are encouraged to keep an open mind. The school leaves the discussion of the Origins of Life to individual students and their families. As a Standards-driven district, class instruction focuses upon preparing students to achieve proficiency on Standards-based assessments.

Now Pattie hasn't repeated the Dover dummies' inclusion of a reference for ID "research" but everything else is there and a little more ... the equivalence of ID as a scientific theory to evolution (even throwing in "creationism" and a badly mangled "Big Bang") and the implication that evolution is only being taught because the state is making them do it.

But you can be sure that Pattie's plan has nothing to do with religion because ... well ... she tells us so:

Though she acknowledges her family’s strong Christian background, Kubetz said her interest in having this statement read is independent of her religious faith and doesn’t believe it would violate the Constitution.

Because, after all, if you say it isn't about religion often enough and loudly enough, that makes it constitutional.

My concern is we’re only teaching evolution, we’re not teaching any of the other ideas of the origin of life out there that are common. People believe different things. All I’m asking is that you mention them; I’m not asking they be taught. Maybe it’ll get some kids thinking, ‘Why do I agree, why do I disagree?'

None of those other ideas are scientific. By all means, set up a comparative religion class and feel free to teach about the ideas of Islam, Hinduism, Buddhism, and Scientology, the way the Indiana Senate recommends, so the kids can decide if they agree or disagree.

But be careful what you wish for. The Bhagavad Gītā is a hell of a lot more interesting than Genesis.
.
Link - Posted by John Pieret @ 12:16 PM

Comments:
I'm beginning to think that anyone who home-schools should be ineligible to run for school board (is it Sally Kern who's another example of ignorant ideologue trying to screw up the education of other people's kids?)

Well, one could quibble that the Big Bang is scientific, even though it isn't about life, and the wording given there doesn't sound much like the scientific Big Bang.

But what I'm going to quibble about is your reference to "scientific".

It isn't so much that the alternatives to evolution are not scientific. What is more significant is that there are no alternative explanations, scientific or otherwise, for major features of the world of life without mentioning common descent with modification. Why the "tree of life", why the distribution in space (biogeography) and time (paleontology)?

And when we get to "Intelligent Design", there is no explanation of anything. ID was constructed that way.

But what I'm going to quibble about is your reference to "scientific".

I'm not sure about Sally Kern but Cynthia Dunbar, late of the Teaxas State Board of Education and one of the most ignorant of the bunch, was a home schooler.

Couldn't let this one go by!!
This is what one student at Rate My Teacher had to say about Kiel High School Science teacher Sid Lucas, the one who would read Patty Kubetz's alternative theory statement to the students: "good teacher. if you do good work you will get along with him. but he doesn't teach the theory of evolution even though it is required by state law. some of his projects are a waste of time also"