Drowning in the Shallows 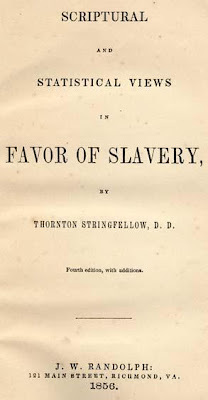 I mentioned the amusing comeuppance Richard Dawkins received while himself floating one particularly shallow argument for the supposed irrelevance of religion in Britain. Perhaps inevitably, a response to that incident has arrived that is not only infinitely shallower but ugly in the extreme.

One Adam Lusher, who may have been living up to his name when he wrote his piece about Dawkins' "connection" to slavery (a kinder explanation than the alternative that Mr. Lusher is maximally moronic), had this to say:

He has railed against the evils of religion, and lectured the world on the virtues of atheism.

Now Richard Dawkins, the secularist campaigner against "intolerance and suffering", must face an awkward revelation: he is descended from slave owners and his family estate was bought with a fortune partly created by forced labour.

One of his direct ancestors, Henry Dawkins, amassed such wealth that his family owned 1,013 slaves in Jamaica by the time of his death in 1744. ...

One Dawkins family member was a member of the clergy. Many were MPs including two who became prominent opponents of the abolition of slavery, eventually achieved thanks to William Wilberforce, an evangelical Christian.

Some evangelical Christians opposed slavery. Others supported it with arguments from the Bible. So?

But the terminally silly argument is that Over Norton Park, the "Dawkins family estate" was purchased "at least in part with wealth amassed through sugar plantation and slave ownership." But Lusher himself reveals that the "estate" earned a profit of £12,000 last year. At current exchange rates, that's $19,000. Some "estate"!

But Lusher has to spin even that:

He [Dawkins] insisted: "The estate is now a very small farm, struggling to make its way, and worth peanuts. The family fortune was frittered away in the 19th Century. Such money as I have is scarcely inherited at all."

Why does Dawkins have to "insist" that a property that earns so little as to easily qualify a family of four for food stamps is a small farm?

The claim that Dawkins has to apologize and make reparations for his family's past because "There is no statute of limitations on crimes against humanity" is just ludicrous. Maybe if you could haul Henry Dawkins into court you could make that argument but, last time I looked, Richard never owned any slaves. As PZ Myearshertz points out, we are all descendants of slaveholders and worse and we have all profited, in one way or another, from that history. If reparations are owed other than for our own actions, then we owe them as a species, not as individuals.
.
Link - Posted by John Pieret @ 10:10 AM

Comments:
Well, the "sins of the father" makes sense to some people. But even the bible stops after three to four generations, does it not?

Well no, we aren't all descendants of slave owners. Unless you make some unwarranted assumptions.

Not everyone owned slaves in the past and not only slave owners left descendants.

You know, I laughed about the Dawkins incident and - while I disagree with a lot of his philosophy - I had a hard time believing that Dawkins was anything but a gentleman and gracious about the radio gaffe.
In other words, I suspected I was laughing with him, not at him.
Really, with so much to legitimately criticize him about, this slavery thing is just crap.

Well no, we aren't all descendants of slave owners. Unless you make some unwarranted assumptions.

Not everyone owned slaves in the past and not only slave owners left descendants.

That's a non sequitur. In fact, it's almost certain that at least one of Anonymous' ancestors owned slaves. Slavery has been common in many cultures, and in Anonymous' ancestry at the same time as that of Dawkins' slave-holding ancestor there are 512 people. In the generation before that, 1,024, and in the one before that, 2,048. As one goes back the probability that at least one of those ancestors owned a slave increases, so the general remark that "we're all descendants of slave owners" is not a baseless claim. And to forestall one potential rebuttal, that goes for people of African descent, too.

Insofar as my ancestors, to the very best of my knowledge, were all Jewish Slavic peasants, living marginal existences on the periphery of Christendom, I might feel some entitlement to say "I'm not descended from slave-owners!"

Still: I'm of the view that my great-grandparents, grandparents, parents, and myself were able to transcend the social limits of European anti-Semitism in part because the United States has a social category, "white", into which we were able to assimilate with comparable ease. And the category "whiteness" is itself saturated with the legacy of racism and slavery.

Well, whether "Jewish Slavic peasants" derive from Semitic or Ayran slavic roots, it seems likely, if you go back far enough, somebody in your ancestry was a slave owner or slaver or, as I said, worse ... such as perpetrators of the kind of genocide the Israelites boasted of.

Personally, I like to think that I'm descended from the Jewish Kazars, so yes.

1) What the bible called the 'sins of the father' is what we would call social science. If you grow up in a chaotic abusive environment it is awfully hard to wrench yourself away from it and break the pattern with your own children.

2) I'm all for species-based reparations for injustice and oppression. It's long overdue.

That's a non sequitur. In fact, it's almost certain that at least one of Anonymous' ancestors owned slaves. Slavery has been common in many cultures, and in Anonymous' ancestry at the same time as that of Dawkins' slave-holding ancestor there are 512 people. In the generation before that, 1,024, and in the one before that, 2,048. As one goes back the probability that at least one of those ancestors owned a slave increases, so the general remark that "we're all descendants of slave owners" is not a baseless claim. And to forestall one potential rebuttal, that goes for people of African descent, too.

Unwarranted assumptions aplenty there. The probability may increase but doesn't have to reach 1
I doubt my bog irish ancestors could afford slaves, no kings/princes in my background (that I know of). On the other side of the family line serfs and peasants.

Unless you can show that everyone has at least one slave owner/trader in their ancestry the statement is not-proven.

We know, don't we, we A-L-L must succumb to our demise someday at sometime (that da fak, Jak -Bill Murray) - even atheists will accept that premise; however, you can deny God all you wish even till death, friend, yet that still doesn't deny the Final Judgment God proclaims to U.S. on how well YOU have lived this meeesly, earthly, finite existence. Better turn around and join Christianity... or you're more-than-likely to take the LEFT path into Hell. I'm just Warning you, dude. Not trying to judge you or nthn. I love you and I would GREATLY like to see you Upstairs for eternity at my BIG-ol, kick-ass, party-hardy celebrating our resurrection for maaany eons. But, alas, your choice. Jesus does NOT interfere with your free-will (though, He'll send you a gobba choices). God bless you. See ya soon.

As Mark Twain said, Heaven for the climate, Hell for the company.

I'll pass ... especially since I can't believe any infinite being would act so like a human.