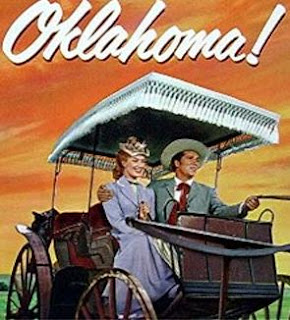 Oklahoma Rep. Gus Blackwell (R), the Sally Kern cloning experiment, has explained the purpose of the terminally ironic "Scientific Education and Academic Freedom Act" that just passed out of committee and is headed to the full Oklahoma House of Representatives.

According to Blackwell, the bill, if enacted, would allow students to look at alternative scientific explanations in "controversial" areas such as evolution and global warming.

Is that like "alternative medicine"? Can we expect homeopathy to be taught in grade schools in Oklahoma?

Somehow I doubt it is meant to be like "alternative lifestyles."

Call me cynical but I bet it will be:

... a positive scientific alternative to materialistic scientific theories, which has come to be called the theory of intelligent design (ID) [which] promises to reverse the stifling dominance of the materialist worldview, and to replace it with a science consonant with Christian and theistic convictions.

PROPOSED COMMITTEE SUBSTITUTE FOR HOUSE BILL NO. 1551
By: Kern

BE IT ENACTED BY THE PEOPLE OF THE STATE OF OKLAHOMA:

SECTION 1. NEW LAW A new section of law to be codified in the Oklahoma Statutes as Section 11-121 of Title 70, unless there is created a duplication in numbering, reads as follows:

This act shall be known and may be cited as the "Scientific Education and Academic Freedom Act".

SECTION 2. NEW LAW A new section of law to be codified in the Oklahoma Statutes as Section 11-122 of Title 70, unless there is created a duplication in numbering, reads as follows:

A. The Oklahoma Legislature finds that an important purpose of science education is to inform students about scientific evidence and to help students develop critical thinking skills they need in order to become intelligent, productive, and scientifically informed citizens. The Legislature further finds that the teaching of some scientific concepts including but not limited to premises in the areas of biology, chemistry, meteorology, bioethics and physics can cause controversy, and that some teachers may be unsure of the expectations concerning how they should present information on some subjects such as, but not limited to, biological evolution, the chemical origins of life, global warming, and human cloning.

B. The State Board of Education, district boards of education, district superintendents and administrators, and public school principals and administrators shall endeavor to create an environment within public elementary and secondary schools that encourages students to explore scientific questions, learn about scientific evidence, develop critical thinking skills, and respond appropriately and respectfully to differences of opinion about controversial issues. Educational authorities in this state shall also endeavor to assist teachers to find more effective ways to present the science curriculum where it addresses scientific controversies. Toward this end, teachers shall be permitted to help students understand, analyze, critique, and review in an objective manner the scientific strengths and scientific weaknesses of existing scientific theories pertinent to the course being taught.

C. The State Board of Education, a district board of education, district superintendent or administrator, or public school principal or administrator shall not prohibit any teacher in a school district in this state from helping students understand, analyze, critique, and review in an objective manner the scientific strengths and scientific weaknesses of existing scientific theories pertinent to the course being taught.

D. Students may be evaluated based upon their understanding of course materials, but no student in any public school or institution shall be penalized in any way because the student may subscribe to a particular position on scientific theories.

E. The provisions of the Scientific Education and Academic Freedom Act shall only protect the teaching of scientific information, and shall not be construed to promote any religious or nonreligious doctrine, promote discrimination for or against a particular set of religious beliefs or nonbeliefs, or promote discrimination for or against religion or nonreligion. The intent of the provisions of the act is to create an environment in which both the teacher and students can openly and objectively discuss the facts and observations of science, and the assumptions that underlie their interpretation.

SECTION 4. It being immediately necessary for the preservation of the public peace, health and safety, an emergency is hereby declared to exist, by reason whereof this act shall take effect and be in full force from and after its passage and approval.
.
Link - Posted by John Pieret @ 12:19 PM

Comments:
Can we say "Dover trap"?

And where will the state legislatue be then?

Packers and Movers Ahmedabad : 6:13 AM