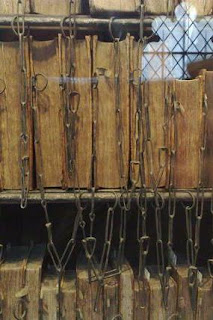 Well, here's an example of "critical thinking" in action:

An (alleged) science teacher at Wakefield Middle School in North Raleigh, North Carolina, gave his students the option of doing an extra-credit project on evolution or creationism:

That's bad enough constitutionally but it might be justified academically as addressing a real social issue in the local community. But here's the evidence that the whole "academic freedom," "critical thinking," "teach the controversy" scam initiated by the Discoveryless Institute is nothing but an attempt to get creationism into public schools:

Because, after all, those are the best places to get information about the "weaknesses" of the science of evolution! Heaven [cough] forfend that he might have recommended the TalkOrigins Archive or U.C. Berkeley's Understanding Evolution.

I know what they'll say ... 'the kids already have those damned textbooks teaching atheistic evolution ...'. .
But you see, the textbooks, being about science, and not about dishonest attacks on science, mostly don't bother to address the truly stupid arguments of creationists. Thus, if a "teacher," as a person of authority, sends a kid into the muck of places like Answers in Genesis, the Creation Research Society and the Institute for Creation Research without a counterbalance, there is no doubt that that the teacher is advocating the opposite of "critical thinking."
Link - Posted by John Pieret @ 8:00 AM