A Quantum of Politics 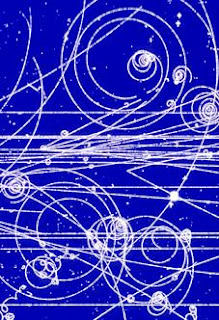 Via Planet of the Apes, a thought by David Javerbaum:

Probability. Mitt Romney's political viewpoints can be expressed only in terms of likelihood, not certainty. While some views are obviously far less likely than others, no view can be thought of as absolutely impossible. Thus, for instance, there is at any given moment a nonzero chance that Mitt Romney supports child slavery.

Uncertainty. Frustrating as it may be, the rules of quantum campaigning dictate that no human being can ever simultaneously know both what Mitt Romney's current position is and where that position will be at some future date. This is known as the "principle uncertainty principle."

Entanglement. It doesn't matter whether it's a proton, neutron or Mormon: the act of observing cannot be separated from the outcome of the observation. By asking Mitt Romney how he feels about an issue, you unavoidably affect how he feels about it. More precisely, Mitt Romney will feel every possible way about an issue until the moment he is asked about it, at which point the many feelings decohere into the single answer most likely to please the asker.