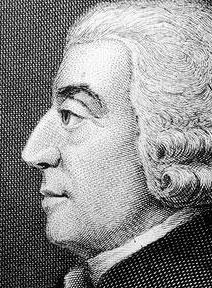 He is rifting on a Wall Street Journal article about the truly idiotic Tennessee "academic freedom" law. He finds the article deplorable though, I have to say, I didn't find it so bad. The WSJ reveals the law's connection to the Discovery Institute, and its promotion of Intelligent Design, and to the Family Action Council of Tennessee, associated with Focus on the Family. It describes ID as "the proposition that scientific evidence exists to show that life in its multitudinous forms was caused by the direction of a higher intelligence" and notes the scientific and educational opposition to the law, while reminding the reader of the Scopes trial and Tennessee's questionable history on matters of scientific knowledge.

The WSJ quotes the supporters of the bill:

Under current Tennessee state curriculum standards, students have to know evolutionary theory and supporting evidence and no other explanation is considered, said Mr. Fowler of the Family Council. He said his group, with "roots in a Judeo-Christian worldview," wants teachers to be allowed to counter the view that "evolution explains everything."

"Natural selection and descent does not explain the degree of complexity that exists out there," he said.

Thinking about WSJ reporters' business expertise caused me to ask a question about Tennessee's law (similar to laws adopted in six other infra-red states) and the WSJ's reporters approach to a faith-based series of "propositions" advanced by another discipline that calls itself a "science." If Tennessee wants to protect its students from "controversial" theories why doesn't it ban the study of neoclassical economics? Economics is the only field pretending to science whose predictive ability has fallen dramatically over the last 75 years. It is a field that clings to dogma that has been repeatedly falsified by reality. Neoclassical economics is not "controversial" – it is has been repeatedly falsified. Sciences are supposed to abandon theories that are falsified. Neoclassical economics is not "controversial." Its most important theories are false and the financial policies it recommends cause widespread elite financial fraud and unprecedented harm. The consequences of its errors have been catastrophic for much of the world.

So when will the Tennessee legislature and its craven governor pass a law protecting economics teachers who want to teach the controversy about the free market system as it is practiced in the US, eh?
.
Link - Posted by John Pieret @ 2:38 PM